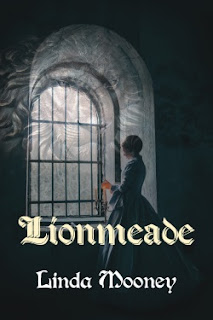 A kingdom rife with rumors of the evil that lays in wait on the fringes of the woods. Fairy tales of curses, animalistic beasts, and an inhuman prince. Lady Bethel has heard the stories all her life, but what she once thought were just stories told to keep a child in line could prove to be so much more.

The daughter of Lord Voril of Banderling, Lady Bethel spends her time following in her late mother’s footsteps, caring for the sick in the villages surrounding Banderling Mayne. While traveling home after dark, against her father’s warnings, Bethel and her guards are attacked by what she thought were wild animals, but she couldn’t be more wrong. When she awakens, she can’t remember much, but she remembers voices. Particularly one—her savior.

Adain has taken it upon himself to hunt down the beasts that threaten the kingdom. The number of attacks grows, but he will stop at nothing to end the monsters he knows all too well. Having been in exile all his life, he must remain the faceless benefactor to Lady Bethel, despite his growing feelings, for she can never know the reality of his world.

Tales will be told, truths will come to light, but above all, love will reign. 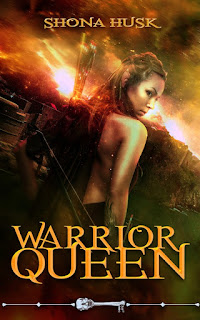 After a big night out to celebrate his last day at work, Bryce Allard stumbles home. By his door he finds a glass skeleton key that makes his front door open to another world.

Queen Keleti’s city is under siege. Betrayed by her cousin, she must find a way to save her city from the invading army. Keleti is a Heavenly, a hawk shapeshifter, so she could fly to safety, but she will not leave her people. When she finds Bryce hiding in her city she thinks he’s a spy.

Bryce finds himself caught up in the skirmishes and the siege while trying to earn the Queen’s trust. Trust gradually becomes affection, and Bryce begins to consider staying instead of returning home. However he soon realizes why he is here. There is one thing that no one is willing to do to end the siege: kill a Heavenly.

He has to kill Keleti’s cousin. But will he be thanked, or thrown off the cliff by the Warrior Queen?

HOSTAGE TO THE STARS  by Veronica Scott
The story: He rescued her from space pirates … but can he keep them both safe from the far greater evil stalking a deserted planet?

Space travel without Kidnap & Ransom insurance? Not a good idea. University instructor and researcher Sara Bridges can’t afford it, so when pirates board her cruise liner, she’s taken captive along with the mistress of a wealthy man, and brought to a deserted planet. When a military extraction team sent to rescue the mistress refuses to take Sara too, she’s left to the mercies of a retired Special Forces soldier, along as consultant.

Reluctantly reactivated and coerced into signing up for the rescue operation to the planet Farduccir where he once was deployed, Sgt. Johnny Danver just wants to get the job done. But when the team leader leaves one captured woman behind, he breaks away to rescue her himself.

As Johnny and Sara traverse the barren landscape, heading for an abandoned base where they hope to call Sectors Command for help, they find villages destroyed by battle and stripped of all inhabitants. A lone survivor tells a horrific tale of the Sectors’ alien enemy, the Mawreg, returning after being pushed out …

Searching for evidence to give the military, Johnny is captured. He regains consciousness in a Mawreg cage–with Sara next to him. Death is preferable to what the aliens will do to them… And even if they do escape their captors, can they alert the military in time to prevent another invasion of the Sectors?

Standalone sequel to Mission To Mahjundar (mild spoilers for Mahjundar in this story.)

Not new exactly but just because it's so cool: