Married By the King's Command

Posted by: Ruth A Casie
Weddings. When we discussed this theme I knew exactly what I wanted to share with you. Lord Alex, a seventh son, would do anything for a domain of his own. Below is an excerpt where Alex finds out what his King has in store for him. Grab a cup of tea, coffee or a glass of wine. I hope you enjoy the scene as much as I had writing it.
She must choose between keeping her secret and
losing the man she loves. 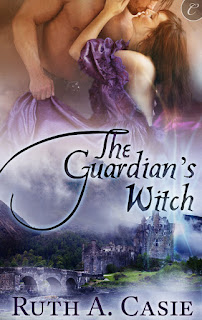 England, 1290
Lord Alex Stelton can't resist a challenge, especially one with a prize like this: protect a castle on the Scottish border for a year, and it's his. Desperate for land of his own, he'll do anything to win the estate—even enter a proxy marriage to Lady Lisbeth Reynolds, the rumored witch who lives there.
Feared and scorned for her second sight, Lisbeth swore she'd never marry, but she is drawn to the handsome, confident Alex. She sees great love with him but fears what he would think of her gift and her visions of a traitor in their midst.
Despite his own vow never to fall in love, Alex can't get the alluring Lisbeth out of his mind and is driven to protect her when attacks begin on the border. But as her visions of danger intensify, Lisbeth knows it is she who must protect him. Realizing they'll secure their future only by facing the threat together, she must choose between keeping her magic a secret and losing the man she loves.
Review for The Guardian’s Witch
As a fan of historical romances, this book has got it all. With the added spice of the paranormal that has been added, the book got even better. Having read a book of this nature by this author previously, I can honestly say that it was a joy to read. The story was a beautiful tale of love and betrayal, and the enduring faith of the human heart. The characters are delightful and charming, and quite easily drew me in. I found this novel to be thoroughly enjoyable and totally delightful.
...Night Owl Romance Top Pick - 4.5 Stars 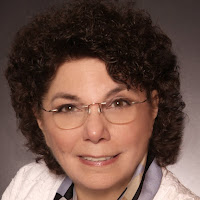 RUTH A. CASIE is an author of swashbuckling action-adventure time-travel romance about strong empowered women and the men who deserve them, endearing flaws and all. Ruth also writes contemporary romance with enough action to keep you turning pages. She lives in New Jersey with her husband, three empty bedrooms and a growing number of incomplete counted cross-stitch projects. Before she found her voice, she was a speech therapist (pun intended), client liaison for a corrugated manufacturer, and international bank product and marketing manager, but her favorite job is the one she’s doing now—writing romance.
Please visit Ruth at www.RuthACasie.com or visit her on Facebook, @RuthACasie, Twitter, @RuthACasie, and on Pinterest RuthACasie. Please sign up for her monthly newsletter.