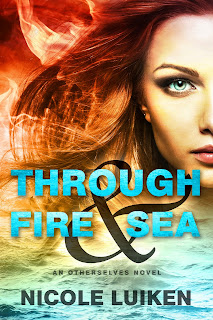 First off, a DISCLAIMER, my dad is great. This post is about my fiction.

The five heroines of my Otherselves series are genetically identical, but they’ve all been raised in different worlds, ranging from modern to medieval. I wanted them all to have their own personalities, goals and backstories. However, I also wanted them to have things in common. They all have a protective streak, a lively curiosity and, you guessed it, father issues.

Leah from Through Fire and Sea has the worst father figure. She’s the illegitimate daughter of Duke Ruben. He’s ignored her for her whole life until, at the story’s opening, he suddenly needs to use her as a spy. Leah both desperately wants to please him and hates him for his ruthlessness.

Holly the other main character from Through Fire & Sea has a comparatively better relationship with her father, but it’s still far from ideal. Joseph Beecher is a famous Hollywood director. Holly seldom sees her father, and he often breaks his promises to her. 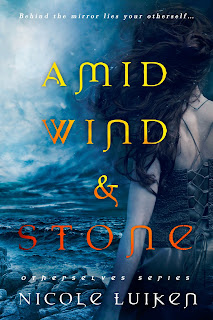 Dorotea from Amid Wind & Stone lost her father at a young age. He was murdered in front of her eyes. As a result she hero-worships him, and when she discovers that he was secretly part of a revolution her ideal of him develops cracks.

Audrey from Amid Wind & Stone was indulged by her father Admiral Harding when she was younger. He encouraged her magical talents, but now that she’s a young lady he expects her to behave herself, marry well and give him a grandson to inherit--traditional roles that chafe on Audrey's adventuresome spirit.

Belinda from the forthcoming In Truth & Ashes also has a mostly absent father.

Because of the way the Otherselves concept works, all of the girls’ father are also otherselves, so they too had to have points of commonality.

All four men are womanizers. Duke Ruben was married when he had an affair with Leah’s mother. Joseph Beecher is twice divorced and has gotten engaged and unengaged many more times. Admiral Harding has a chilly relationship with Audrey’s mother and an illegitimate son. Dorotea’s parents were on the verge of breaking up when he was murdered. Belinda’s parents are split up.

All four fathers also have a creative streak and a tyrannical bent. Duke Ruben rules with an iron fist. Joseph Beecher is known as a difficult director. Admiral Harding commands a fleet of airships. Christopher Loring acts as a spy.