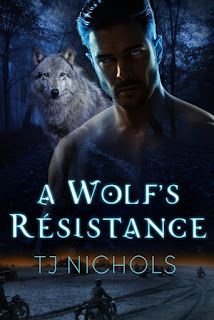 A Wolf's Resistance by TJ Nichols
Renny knew the risks when he started working for the Résistance, but he never expected to be captured and branded as a loup-garou and traitor to the State of France by the occupying Germans. Now on the run and wounded, he needs a place to hide and heal. A blacksmith’s on the edge of a small town looks like the ideal place.

At first Marc doesn’t want to believe Renny is a shapeshifter, but his curiosity and desire to help outweighs his caution. It feels good to lie to the soldiers. Better to see the heat in Renny’s eyes.

One night together makes Marc realize he wants more from life than hot coals and cold nights, but with no end to the war in sight, neither man can make promises.

A story from the Dreamspinner Press 2016 Daily Dose package "A Walk on the Wild Side." 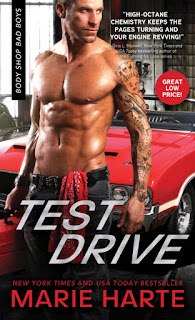 Johnny Devlin's a charmer with a checkered past. He has had his eye on scorching-hot bartender Lara Valley for ages, but she's rejected him more than once. That doesn't mean he won't come to her aid when some dirtbag mauls her. When she asks him on a date as a no-strings-attached thank you, he can't say no. And then he's saying nothing but hell, yes.

Veronica Scott's Ghost of the Nile was announced by InDTale Magazine as a 2016 RONE Award Finalist, and in another contest result also announced last week, was the Winner of the RCRW “Cover Me Contest” in the paranormal romance cover art category!  (Frauke Spanuth of Croco Designs gets all the credit for the beautiful cover.)

The story:
1550 BCE
Betrayed, murdered, and buried without proper ceremony, Egyptian warrior Periseneb is doomed to roam the gray deserts of the dead as a ghost for all eternity.
But then the goddess of truth offers him a bargain: return to the world of the living as her champion for 30 days. If he completes his mission, he’ll be guaranteed entry into Paradise. Periseneb agrees to the bargain but, when he returns to the living world, two hundred years have passed and nothing is quite as he expected.
Neithamun is a woman fighting to hang onto her family’s estate against an unscrupulous nobleman who desires the land as well as the lady. All seems lost until a mysterious yet appealing ex-soldier, Periseneb, appears out of nowhere to help her fight off the noble’s repeated attacks.
Meanwhile, Periseneb’s thirty days are rushing by, and he’s powerless against the growing attraction between himself and Neithamun. But their love can never be. For his Fate is to return to the Afterlife, and Death cannot wed with Life…
Amazon    Barnes & Noble    Kobo     iTunes