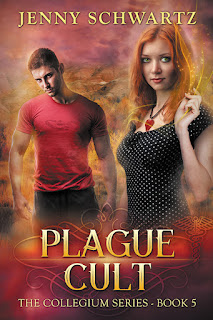 Today is release day for Plague Cult by Jenny Schwartz. Is small town romance the new wave of paranormal romance? Discover for yourself the appeal of family dramas, old ties and new beginnings mixed with magic in Plague Cult. Pick up a copy today while it's at the special launch price of 99c. Available exclusively on Amazon, and free to read in Kindle Unlimited.


In a small Texas town a desire for love becomes a curse that could unleash a deadly plague.

Ruth Warner is estranged from her family. She loves them, but her magic makes her an outsider in Bideer, Texas. Ruth has built a new life in New York. She’s a healer at the Collegium, respected and…lonely. Sometimes, you have to go home.

Ruth’s boss orders her to Bideer after a local coroner reports a suspicious death. Could the new cult in town, a lonely hearts club, be playing reckless games with a death curse?

But if Ruth is going home, she’s not going alone.

Shawn Jackson is a Collegium guardian, a mage trained to fight evil. He’s also a man accustomed to keeping secrets. He’s a hollerider, a huntsman; one of those who birthed the legend of the Wild Hunt. When he unleashes his magic, terror rides with him.

As evil stalks an innocent town, the dedicated healer and battle-hardened marine must heal their own broken hearts to prevent a devastating plague. 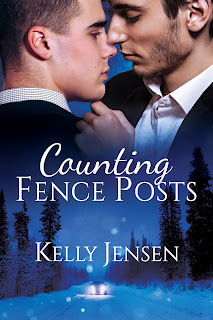 
There are over two hundred thousand fence posts between Syracuse and Boston. Henry Auttenberg likes numbers—it’s his job—but he isn’t going to count them all, even if the view outside the rental car is less confounding than the driver, his attractive but oh so obnoxious colleague, Marcus Winnamore. It’s Christmas Eve and Henry would much rather be home with his family. When the blizzard that grounded their flight forces them off the road, however, he’s stuck with Marc until the storm passes—or a plow digs them out.

As the temperature outside plummets, the atmosphere inside the car slowly heats up. Henry learns the true reason for Marc’s chilly distance—he’s not exactly straight…maybe…and he’s been fantasizing about Henry’s mouth, among other things. Confession laid out, Marc is all for sharing body heat…and more. Henry isn’t interested in being an experiment, but as the night and cold deepen, he could be convinced to balance certain risk against uncertain reward. 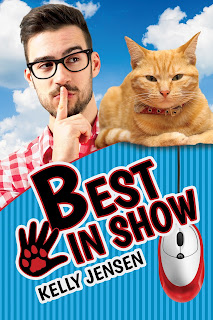 Solitary mystery writer Julian Wilkes doesn’t want a pet, but his sister persuades him to visit Lingwood Animal Rescue, where he is immediately taken with a large ginger tabby cat. Before he can settle into the joys of cat ownership, however, he discovers something very unusual about his new companion.

Macavity Birch is cursed. By day he is a large tabby cat. At night he can be himself—a human male with ginger hair and oddly yellow eyes. He didn’t mean to end up in the animal rescue, but he never meant any harm when playing the prank that resulted in his curse, either. Happily, Julian adopts him. But while exploring his host’s home, he discovers the diary of a long-dead relative.

Unfortunately, not all of Mac’s ancestors are dead and buried. His great-great-great-grandmother is very much alive, and she’s a powerful witch who doesn’t take kindly to the sharing of family secrets. When Mac reveals himself to Julian in order to save him from bigger trouble, he achieves just the opposite, plunging Julian deeper into a magical mystery with him.

The Story:
1550 BCE
Betrayed, murdered, and buried without proper ceremony, Egyptian warrior Periseneb is doomed to roam the gray deserts of the dead as a ghost for all eternity.
But then the goddess of truth offers him a bargain: return to the world of the living as her champion for 30 days. If he completes his mission, he’ll be guaranteed entry into Paradise. Periseneb agrees to the bargain but, when he returns to the living world, two hundred years have passed and nothing is quite as he expected.
Neithamun is a woman fighting to hang onto her family’s estate against an unscrupulous nobleman who desires the land as well as the lady. All seems lost until a mysterious yet appealing ex-soldier, Periseneb, appears out of nowhere to help her fight off the noble’s repeated attacks.
Meanwhile, Periseneb’s thirty days are rushing by, and he’s powerless against the growing attraction between himself and Neithamun. But their love can never be. For his Fate is to return to the Afterlife, and Death cannot wed with Life…
Buy Links:
Amazon    Barnes & Noble    Kobo     iTunes