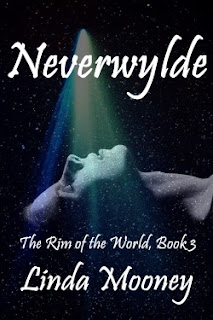 Just when they thought surviving on a strange half world couldn't get more difficult...Kyber, Kelen and the crew are proven wrong once again.

Aliens and humans living together and surviving, it is possible. But with the food and water going bad, new deadly creatures attacking, and old enemies coming back into play, the odds just keep getting worse. The group knows their days are numbered if they don’t figure something out fast.

It's no longer a battle for survival; it has become an all-out war. And there's nowhere left to go where they can be safe.

Or so they thought.

Warning! Contains death and near death, nasty oatmeal, hallucinations, tip-toeing, new discoveries, mama bears, THREE, and an attack on a loved one that could spell the end of a relationship.

We need some cool words to use as Flash Fiction story prompts in April. Leave us 4 to 6 challenging words in your comment and enter to win a $10.00 Amazon gift card. (Winner will be randomly selected on April 3, 2016 and announced here on April 4th.)

NOT the ones we put here as examples!