Let's Time Travel: A Walk in the Future 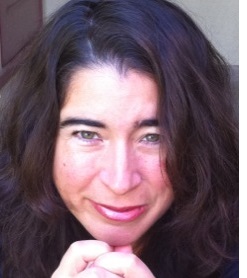 Beam me up, Scotty!

In terms of science fiction popularity, has any other catch phrase been more widely known, more widely referenced in everyday speech around the world than this one? Many come close, but for recognizability, I think not, but that's not the point. The beauty of science fiction is the dream of the ghost of Christmas future. Transferring a human body from one place to another instantly. Light speed. Humanistic robot entities that can think for themselves. Light sabers. Alien cultures. Science fiction writers are true dreamers who imagine, anticipate, potentially influence technological advances. Now throw in some romance and you've got my kind of book!

Take Jules Verne, for example, the man known as the "father of science fiction" who lived during the 19th century. It's said that his book Twenty Thousand Leagues Under the Sea was the inspiration for the modern day submarine invented by Simon Lake, a huge fan of Verne as a child. After developing his design for a submarine and successfully launching it in 1898, he received a congratulatory message from Jules Verne himself. A number of Verne's fictional ideas became reality. Consider a weapon Verne described in this same book that sounds a lot like a taser. A gun that shoots electric volts? To see more of how his work influenced technology that we take for granted, click here. However, he wasn't the only early science fiction writer that had a strong influence on what we see in the world today. H. G. Wells, once called the "Shakespeare of science fiction", lived in the 19th century as well and happened to describe a weapon that killed with noiseless heat and a flash of light. Something like this can actually be seen in the military now. It's called a Direct Energy Weapon. He also described genetic engineering in The Island of Dr. Moreau, just to name a few of the forward thinking ideas that became reality.

But hold on! We don't even have to travel that far back in time for evidence of popular science fiction somehow giving the world ideas for cool gadgets. The cellphone that sits in your pocket as you read this was made from the genius of Martin Cooper who led a development team over at Motorola. He gives credit to Captain Kirk, no less, because of that handheld communicator that we saw so often on Star Trek. Even more recent, we can see the sequel to Back to the Future when Marty McFly (Michael J. Fox) rides a hover board through a town square. Would it surprise you to know that recently, on "Outrageous Acts of Science" a scientist managed to create a true hover board? (be prepared for a short commercial before viewing the short video)

So here's the fantastic part of all this. Technology is booming. The rate at which it manages to be created grows exponentially with talk of CRISPR, the most cutting edge ability to edit genomes. Oculus rift allows the user to be completed submerged in a virtually reality. These are things that are actually happening. And what's coming down the pike? Zero-sized intelligence which references these super small chips with huge capacity for information, and coupled with that is quantum technology in simplification which is a microscopic entity that can think like a computer but does not need all the circuitry. More of the futuristic craziness includes nano technology that can be seen in all disciplines including medicine and engineering. BMI or Brain Machine Interface will allow you to move things with your mind, just by thinking about them.

So what are the implications? Imagine the great fiction that can come when authors research futurist's ideas and trends before taking the next leap into the future with their groundbreaking plots. Dark Network hactivists (hacker/activist) who wreak havoc on a nation with their plots to destroy government entities. Doctors that can inject nano technology through a syringe allowing microscopic tools to work on a patient at a cellular level in order to cure cancer? Will there be characters that have zero-sized technology implanted in their minds? The possibilities for telling new and exciting stories are not only endless but entirely exciting.

Thanks so much for spending some time thinking about the future with me. What futuristic innovations are you most excited about becoming a reality? I'd love to hear from you.