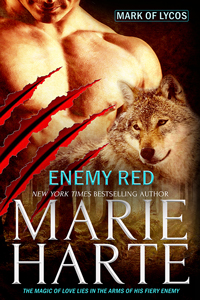 Book 1 in the Mark of Lycos series

The magic of love lies in the arms of his fiery enemy.

No one likes an arranged marriage, and Fenris, a golden wolf in the Silver Clan, plans to avoid it as long as he can. But the Wolf in the Forest has heard the prayers of another and grants the female her wish.

Unfortunately for Fenris, his destined mate is an alpha in her own right, and an enemy who plans on taking the Silver Clan, and Fenris, apart one bite at a time. Until Fenris bites back. 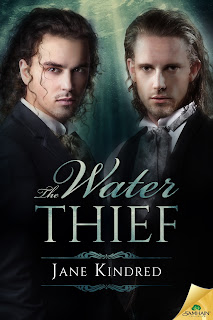 It takes a con to expose a con. But this one could strip their secrets bare.

Framed for his twin sister’s murder, Sebastian Swift has been kept drugged in a mental institution since age thirteen, aware of only one horrible fact—every night in his dreams, he drowns.

After a freak storm frees him, Sebastian learns the truth. His guardian, Emrys, has been siphoning off his inherited magical power over the waters of Cantre’r Gwaelod—one gruesome vial at a time. And the man’s bastard son, Macsen, has been raised in his place. Determined to find his twin’s killer, Sebastian assumes her identity.

Macsen Finch isn’t about to give up his guise as the young earl—and not just because of the fortune. His cousin’s return from the dead threatens Macsen’s own efforts to undermine his father’s evil plan. Yet he can’t deny his inexplicable attraction to the impostor.

Acting on their mutual desire puts them both at the mercy of a madman’s wrath. To stop Emrys from stealing his power, Sebastian will have to learn how to use it—and whom he can trust.