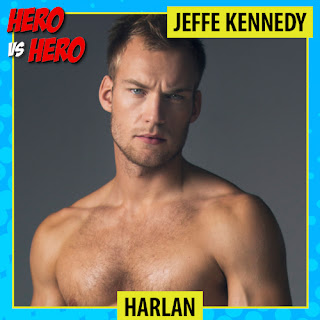 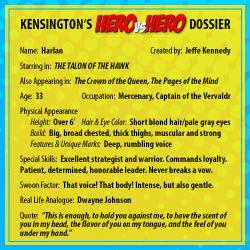 The publisher of my Twelve Kingdoms and Uncharted Realms books is hosting their annual Ultimate Hero Showdown. Harlan, the hunky and infinitely patient hero of THE TALON OF THE HAWK, has made it through two rounds so far. (Mostly thanks to passionate fans who stayed up clicking away until midnight!) 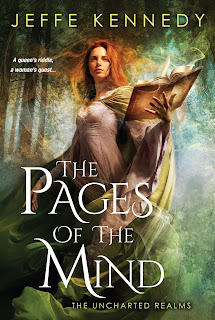 Voting in round three starts at midnight, March 31 and goes until midnight - all U.S. Eastern Daylight Time. You can click as often as you like! (Hence the aforementioned Harlan fans clicking away.)

Harlan also appears in THE PAGES OF THE MIND, out May 31 (finally!). So, to give you a little extra Harlan love, here's an excerpt from PAGES, which is in Dafne's point of view. Here he's helping Ursula teach Dafne self-defense.


“Don’t be.” He held out a hand for me to help him to his feet. A gesture of courtesy, as he surely didn’t need it. He inclined his head. “Be proud of besting me.”

Email ThisBlogThis!Share to TwitterShare to FacebookShare to Pinterest
Labels: Harlan, Jeffe Kennedy, Kensington, The Pages of the Mind, The Talon of the Hawk, Ultimate Hero Showdown