Posted by: Veronica Scott
Other News:

It's Beach Week at Here Be Magic, August 4th through the 9th!

Veronica Scott kicks the week off tomorrow with an excerpt from her best selling novel Star Cruise: Marooned. I hope your trip to the beach will be better than the one her characters experience! 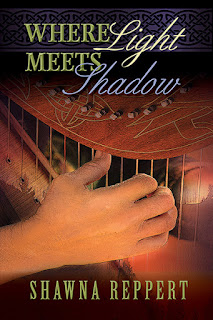 The Scathlan elf Kieran journeys through mortal lands in search of new songs and tales to renew his people’s dying culture. His most cherished, most impossible hope is to rediscover the powers of bards from legend in order to wake the queen, in a stupor since the end of the war between his own people and the Leas elves.


Kieran accidentally wanders into Leas lands, and a fall from his horse leaves him injured and at the mercy of his enemies.


He discovers that the Leas are not entirely as he believed them to be. He develops a friendship with the Leas healer-prince, and the two work together to recreate an ancient technique for melding bardic and healing magic, a technique he secretly hopes will wake his queen.

If you like well-written fantasy with serious themes and a slow-burn m/m romance, you will love this latest book by an award-winning author! Just under a week to official release date, pre-order now!