Posted by: Jax Garren
It’s always been my dream to travel to Scandinavia. I am of Swedish descent, and the myths of the Norse people have always fascinated me. I use them regularly in my books! After some sadness in June, my husband and I decided to splurge and GO. As I write this, we’re here! In a tiny town in the mountains of Norway between Oslo and Bergen. 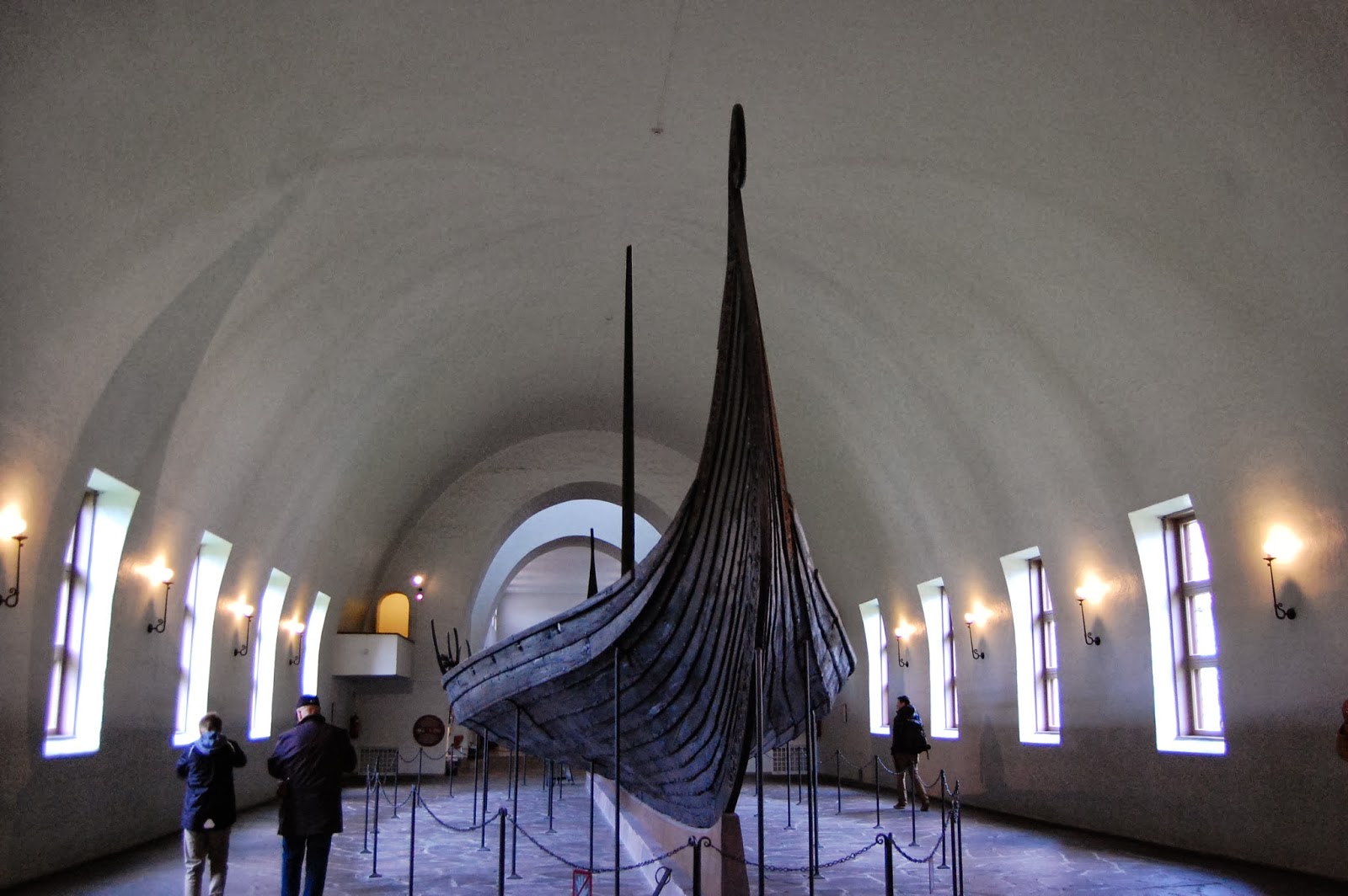 We've met cool people and seen some amazing things. There were two things I wanted to do for book research purposes while here. The first was visit the Viking Ship Museum in Oslo. Three viking burial ships were found in southern Norway and are on display there along with the grave goods. Two of the ships have been reconstructed so you can see what they would've looked like in the 9th century. The size of them was amazing and the sleek shape fearsome. My husband stood beside one, peered waaaay up at the curved bow and commented, "I can see how someone standing on the coast and seeing these coming at them would totally lose their s***." Me too.

The next hasn't come yet. We'll be heading for Tromso at the end of the trip. There we'll hopefully see the Northern Lights! But for sure I'll be doing research on the town for a book and traveling down to the Lofoten Islands to see the Viking Museum there. (Notice a Viking theme? Uh...yeah. I'm obsessed.)

Tonight we drove through the mountains to get to a tiny town where we'll shelter for the night before heading into Bergen and touring the fjords. As night fell, and the tone of the scenery changed from breezy fall to nightly shadow, the feel of the mythological sagas came alive in a way I hadn't felt before. Tiny human lights beaconed in the gloom of rising peaks like safety in a threatening wilderness. The Norse people likened the mountains to frost giants--called Jotuns--and Thor was the god who protected them with his sacred hammer Mjolnir. The Norwegian ancients wrote poetry in a style we call dróttkvætt, and though I'm not a poet I felt inspired to give it a try.  The last line doesn't quite follow the rules, but I think I did the rest of it correctly!

Star and rock, I sing your
Silence. Looming, gloomy
Giant’s peaks ring wraith-like
Round the highway. Oh, the
Myths they call. I mind and
Mumble awe tonight. Come
Mjolnir guard my path this
Moonlit way through Jotun-home.

What's the most inspiring trip you've ever taken?