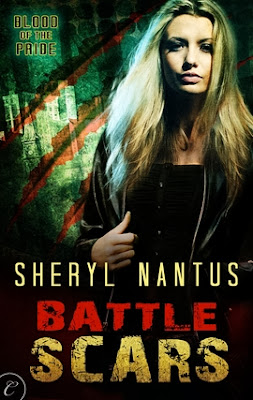 Book four of Blood of the Pride

P.I. Rebecca Desjardin is surprised when two seemingly unrelated missing-teen cases land in her lap on the same day. Her cat-shifter instincts tell her there's more to the story, and when she uncovers a bitter feud between the two families, she suspects Romeo and Juliet runaways. She turns to her lover, Brandon Hanover, a man who knows the underground better than most.

Brandon is determined to help the woman he loves outwit ruthless enforcers and bring two missing kids to safety, but when a woman from his past resurfaces he finds himself caught between two worlds once again.

As the claws come out and the war between the shifter families turns deadly, the two will have to stand together or fall separately--and even that might not be enough to save them.

Look for Blood of the Pride, Claws Bared and Family Pride, available now! 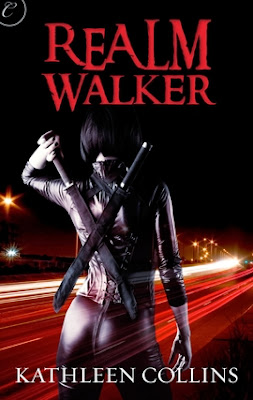 An estranged mate, a mangled body and a powerful demon who calls her by name...

As a Realm Walker for the Agency, Juliana Norris tracks deadly paranormal quarry using her unique ability to see magical signatures. She excels at her job, but her friends worry about her mysterious habit of dying in the line of duty without staying dead. That's only the first of her secrets.

Even as Juliana pursues the demon, it goes after all she holds dear--including Thomas, who is back to claim her for his own. But if she can't reconcile her past and learn to trust herself again, she will lose him forever. 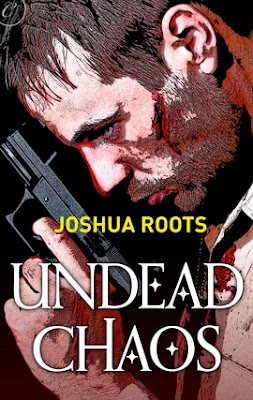 The job was simple: decapitate the zombie, get paid, get out. Warlock Marcus Shifter followed the plan perfectly.

The corpse, however, did not.

Now there's a body on the loose, accusations of illegal necromancy are flying, and the answers are waiting in the perilous alleys between the mortal and paranormal worlds. They're no place for someone who mostly gave up magic after a childhood accident. And given his tendency to shoot off his mouth and his Glock, Marcus is having a hell of a time digging up more than just bodies.

When an apocalypse-minded megalomaniac threatens Marcus's family, things get personal. Marcus will have to embrace the magic he's been avoiding for years--and even that might not be enough to save the world from a hellish demise. 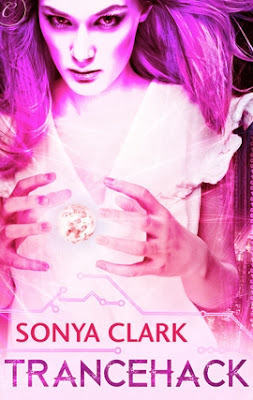 It's 2065. Those born with magic abilities live in government-run zones, without rights or freedoms. Fear of magic created this segregated world and fear keeps it intact.

A high-profile murder brings Detective Nathan Perez to Magic Born Zone 13. He's had little experience with the Magic Born and isn't sure what to expect during his first encounter with a witch, but he never thought he'd be so drawn to her.

Trancehacker Calla Vesper uses magic to break into computers and aid the Magic Born underground. She has no interest in helping a cop, even if he is smoking-hot, but money's tight and Nate offers a tidy amount for help navigating the Zone. Calla's determined to keep it all business, but sparks start flying before the investigation even gets started.

When Calla's trancehacking and Nathan's investigation uncover a conspiracy, Calla becomes a target. Nate can protect her by keeping her role a secret--but then who will protect Nate? 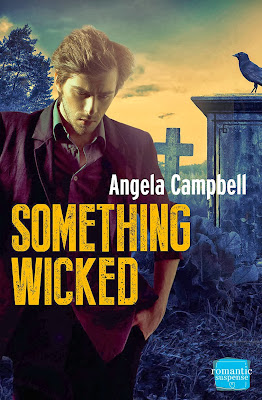 Something wicked this way comes…

All homicide detective Dylan Collins wants is a few hours of pleasure to take his mind off of the case haunting him. A serial killer is stalking the streets of Charleston, SC – a killer who calls himself The Grim Reaper. When the woman he'd just spent the night with turns up and offers her services as a psychic consultant on the case, his ardor quickly cools. Last thing he needs is to get tangled up with a con artist.

It doesn't take long for Dylan to realize Alexandra King is the real deal – and the killer's next target. Dylan's protective instincts battle his reluctance to get too involved with a woman he isn't sure he can trust. As they get closer to finding the killer, they also grow closer to one another, but will Alexandra's secret agenda destroy their chance at happiness – if the killer doesn't strike first? 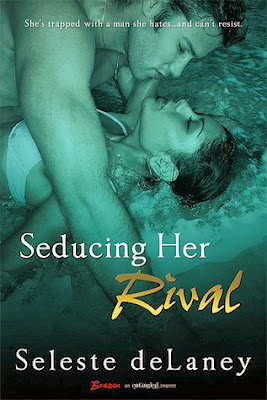 She's trapped with a man she hates...and can't resist.

When cruise ship turbulence sends children’s charity guru Mercedes Vega—and her tropical cocktail—flying into a mysterious stranger, she’s convinced her free vacation is a dream-come-true. But Lucas Bellamy isn’t just sexy as sin and richer than God. He’s her business rival, determined to outbid her charity for the land she desperately needs…a fact she doesn’t learn until after a night of mind-blowing, toe-curling sex. Unwilling to give up, she formulates a plan to make the charming playboy fall in love with her and back out of the property deal.

Lucas is drawn to Mercedes, but he won’t stand down—after all, he has promises of his own to keep. But one scintillating night with the enigmatic brunette leads to another, and before long, it’s unclear who’s seducing who, leaving Mercedes wondering whether the man she’s supposed to hate is the only salvation from her past.

Be sure to get your copy at your favorite e-tailer
Amazon
BN
iTunes
Kobo
All Romance
And many others... 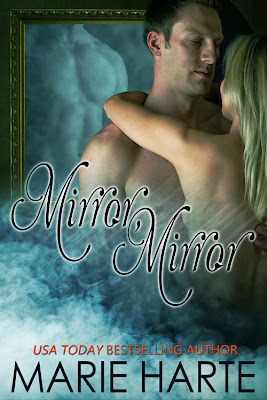 GET YOUR SPOOK ON!

Every Halloween, Grandmother Rovela flees her house in fear of a ghost trapped in a cursed mirror. According to superstition, only on Halloween can the ghost be freed.

For years Linc Barron’s tried to avoid his attraction to his smart-mouthed friend Mandy Rovela, to no avail. He wants her, but more, he’s in love with her. And it’s high time he does something about it. So he makes a wager she can’t resist: twenty-four hours with him at her beck and call, if she’ll spend the night with him in her grandmother’s house. And ghost or no ghost, he plans to have Mandy.

Mandy has had the hots for Linc for years, but there’s no way she’s becoming another notch on his bedpost. So she agrees to his stupid wager – though no other Rovela would ever consider it – for a chance to win his heart.

But the ghost is not only real, it’s also far more than a trapped spirit. Dominic de Sange, the man in the mirror, is an earth mage who needs sex to gain power. And he’ll use everything Linc and Mandy have to push him back into the spirit realm where he belongs. 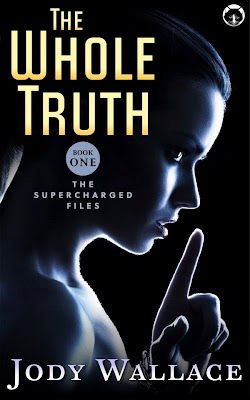 Author Jody Wallace has ARCs of her upcoming light urban fantasy, THE WHOLE TRUTH, which is in need of some good (or mediocre! or bad!) reviews. Basically, some reviews.

A human lie detector is hired to unmask a mole but discovers her powers can’t protect her when even the bad guys are superpowered.

Cleopatra Giancarlo is different from your average twenty something career girl. For one thing, she knows when people lie because she can see the truth in their shadows. For another, she doesn’t use her power for good. Or evil. After repeated failures to help others, she mostly just uses it to get deals at Bloomingdale’s. She fears what the government would do if they discovered her ability, yet she longs to find out if there are people like her out there. If there’s anything more she could be.

She gets her wish when two strangers whisk her away from her old life and introduce her to the world of suprasensors. John Arlin and Samantha Grooms represent an organization called YuriCorp, one of many privately-owned firms that employ supras like Cleo to increase their profit margin. Any of these firms would be thrilled to have Cleo on staff, and their methods of recruitment aren’t always friendly.

But even in the world of supras, Cleo doesn’t get to be normal. Her new boss wants her to go undercover and seek traitors in the company ranks. Her new friends know what she can do and how to work around it. And her new assignment might end up with her in a coma–or worse.

David Bridger's recent release A FLIGHT OF THIEVES is on Amazon's YA Steampunk bestseller list!

Email ThisBlogThis!Share to TwitterShare to FacebookShare to Pinterest
Labels: Escape from Zulaire, Here Be News