Growing up I never made much of a fuss over Halloween, other than the obvious grab for goodies – being in made a difference as well. There was many a Halloween where my costume had to fit over a snowsuit, sort of dampening the thrill of being dressed up. Although I made a great bunny. Trust me on that.

As I got older I was never the popular girl that got invited to the parties so Halloween became a sort of "sit on the porch and give out treats" event.


Then I discovered horror films. Or, to be more precise, my younger sister discovered them and began watching them, renting them, waving them in my face for movie nights.


I'm not talking about the old Hammer films, of which my hubby has copies of and adores – I'm talking about the slasher, gory flicks that dominated most of my youth. And while I could work in a hospital and go home to toss out a bloodstained shirt without even trying to save it I couldn't sit through a slasher movie for love or money.

And to this day it's like that. I just need to SEE a promo for "Walking Dead" to be tormented by nightmares and end up thrashing the poor hubby who ends up sleeping with his hands over his family jewels in case I knee him in the middle of a bad dream.


I can sit through the old Hammer films (usually on TCM!) during this month but I run from the room when other channels bring up the horror flicks such as Saw and all the gore. I know it's all special effects but it just hits me badly for some reason.


So, unlike most people, I cringe when I turn the calendar page and see October. To me it's a horrible month, a month when I scour the television listings like I'm searching for secret lottery numbers to make sure I avoid as much as possible.


So here's my question for you, dear reader… Is there any season/holiday you don't like and/or try to avoid? Is it Valentine's Day with the overinflated emphasis on LUV for you single guys and gals? Is it New Year's Eve with the screeching about resolutions that are going to be broken within the first week? What holiday sends you screeching from the room?
(and did I forget to mention my new book comes out at the end of the month!) 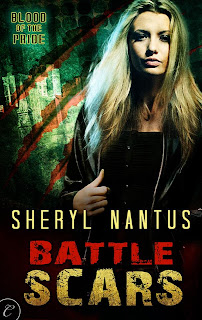 Book four of Blood of the Pride

P.I. Rebecca Desjardin is surprised when two seemingly unrelated missing-teen cases land in her lap on the same day. Her cat-shifter instincts tell her there's more to the story, and when she uncovers a bitter feud between the two families, she suspects Romeo and Juliet runaways. She turns to her lover, Brandon Hanover, a man who knows the underground better than most.
Brandon is determined to help the woman he loves outwit ruthless enforcers and bring two missing kids to safety, but when a woman from his past resurfaces he finds himself caught between two worlds once again.
As the claws come out and the war between the shifter families turns deadly, the two will have to stand together or fall separately--and even that might not be enough to save them.