Pressing the "I Believe" Button

Posted by: Unknown
Long before I got into writing, I'd heard about the 'I Believe' button. Normally this was the fall-back excuse when a person couldn't explain why something incomprehensible happened in a show or movie. How did Harry Potter summon his Patronus? Why could Yoda move an X-Wing but didn't bother building himself a nicer home? Etc. The response was almost always, "I dunno, man. Sometimes you just have to press the 'I Believe' button".

Magic is hard to believe in. As a species, we want concrete evidence and hard facts, yet the idea of magic require you to accept certain fantastical elements. Between the speed of social media and number of experts quick to debunk myths, it's difficult to maintain your faith that a magician pulled a rabbit out of a hat.

The thing is, deep down, I think we want to believe in the fantastic.

I remember when David Copperfield made the Statue of Liberty disappear. Staring at the TV, I was in awe as one of the greatest symbols of our nation vanished. One moment she was there, the next, she was gone.

Almost immediately, skeptics argued about how he pulled off the trick. Mirrors, lights, smoke, etc. If you looked close enough or dug deep enough, they said, there was a rational explanation.

Maybe they were right. Heck, common sense would tell you they were. After all, how could one man make a 151 foot hunk of metal disappear? Yet there I was, glued to the screen, willing to press the "I Believe" button. Because I wanted it to be real.

Even now, years later, a small part of me wonders how, not if, he did it.

As an adult, I find myself more and more enamored with the concept of things wild and wonderful. What's funny is now a-days it's because we seem to be constantly surrounded by magic. Granted, we can't make fireballs out of thin air or manipulate the weather with our thoughts, but almost all of us carry a device in our pocket that has access to infinite knowledge. With the touch of a finger, we can communicate with friends and loved ones on the other side of the planet. A click of a button allows us to share pictures, download music, and update everyone on what we had for lunch. Refrigerators know when it's time to order more groceries, cars can sense when you're drifting into another lane, and people can travel to other continents in a matter of hours. We seem aware of each other every day as the world grows smaller and smaller. And all because of fantastical elements that were nothing more than dreams a generation ago.

You ask me, that's magic. Maybe not the Dresden or Potter kind, but it exists.

All you have to do is believe. 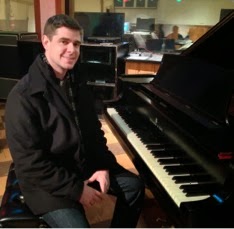 Joshua Roots is a former Marine, car collector, and beekeeper. He enjoys singing with his a cappella chorus, playing video games, and reading comic books. He and his wife will talk your ear off about their bees if you let them.