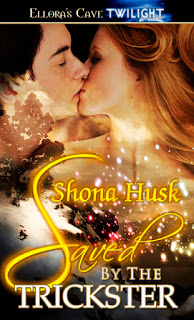 In a world of cold and Darkness, Lysanna is Trickster, a demi-god charged with making people believe in Light and hope. She travels the world creating magic and wonder, taking human assistants to help on stage and warm her bed. Somehow they always betray her, and they always leave.

Zander is a fallen Celestial warrior. Cast out of heaven, he has been given one month to earn his way back. When he meets Lysanna he knows what she is. What he doesn’t expect is to discover the pleasures of being human and the burning lust he finds in the Trickster’s bed. Returning to heaven begins to lose its appeal, but he has a duty to fight the Darkness and he can’t let it consume the world. He may have to choose between duty and Lysanna. 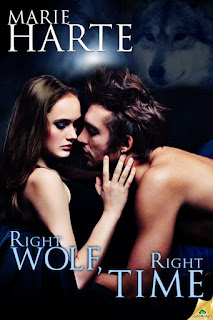 Shapeshifter Monty GrayClaw has lived a wild life. A youth spent in Cougar Falls hadn't prepared him for the outside world, or for Hunters—humans who capture and slaughter Ac-taw. They nearly killed him before he escaped years of torture. Now living safely in Cougar Falls once more, he's trying to put the past behind him and look toward the future.

That future includes Sophie Tanner, a shy woman new to both her Ac-taw heritage and the town. Sophie is a sweet, lovely young wolf who calls to everything inside him. When an enemy from Monty’s past tracks him down, it will take the gentle woman with a will of iron to save the day. But when their shared history comes to haunt them both, can Monty save his mate, or will she leave him and Cougar Falls behind forever?

Product Warning: A patient wolf and a shy virgin, date nights gone awry, kinky adult films and bad guys with a bite… When the good girl goes bad, stand back and watch the fur fly.

Trope Dissection: The Kickass Damsel: "And the thing is, none of these tropes are inherently toxic; it’s just that, overwhelmingly, we don’t seem to realise that the Kickass Damsel is a loophole character, designed to blind us to her patriarchal base by disguising her as a feminist icon, and so we end up lauding her as though she were something else."

Can you relate? Amazon Ranking: An expose!!! From The THRILLIONTH page.

When Agents Attack. About the role of agents in the marketplace.