Posted by: Sheryl Nantus
It's a good time, I think, with November drawing to a close and thousands of NaNoWriMo authors gasping over their keyboards to give them a bit of inspiration. I've written on my blog other thoughts on the month-long exercise in insanity and how to get the most you can out of it with or without finishing the 50K run. 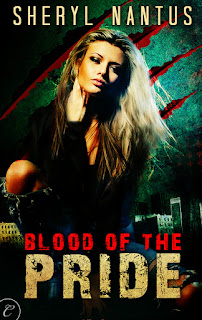 "Blood of the Pride" started off as a NaNo project a few years ago, a second try at winning the contest after doing so the previous year with "Blaze of Glory". That book was still in edits and I wanted to do something different, something away from the superhero romance. The first sentence came to me...

"I smelled the blood before I had a chance to look for it, the tangy, dense scent landing on the back of my tongue."

Right then I knew this was going to be a detective novel of a different sort, of a cat shifter who couldn't shift and was outcast from her people. Rebecca Desjardin talked her way through the book and I pulled it off, finishing the first draft before the end of the month.

In fact, it sold so well to Carina Press that not only is there an audiobook out for "Blood of the Pride" but it's also been included in the Direct-To-Consumer for Harlequin's February 2013 paranormal shipment to their subscribers. So it's going to print.

And then there's this: 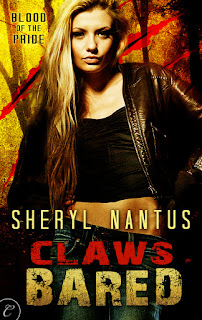 The second in four books under contract with Carina Press. "Claws Bared" comes out in January 2013 in ebook and in audiobook format. The third and fourth books are due in June and September. I'm hoping for them to also go to print.

This was a NaNoWriMo project. This is a project I worked on long after the month was over and edited to death before submitting it.

This is a NaNo success story as far as I'm concerned.

You may feel overwhelmed with the words on the page. You might feel like you're floundering and just can't get up; wallowing in the speed writing.

It's okay. It's okay NOT to finish by the end of the month. But you have to finish.

Because you CAN sell a NaNo novel.

And you can too.

Now get back to that keyboard!