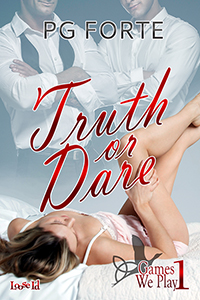 After their drunken ménage goes wrong, Gwyn wants nothing more to do with Berke and Cam. Too bad her family’s ghosts have other ideas.

Gwyn has her hands full these days trying to help save the family business—a quirky hotel on the Jersey Shore called the Wild Geese Inn. She has no time for romance. But when the two men with whom she once spent a drunken ménage weekend show up with a sexy proposition, how can she resist? Berke and Cam might have broken her heart seven years ago, but Gwyn is older now and wiser. She's not looking for forever. She just wants a good time. And, after all, it is Valentine's Day.

For Berke and Cam, the weekend isn't just about fun, or adding some spice to their marriage; it's about winning back the woman who got away, and convincing her to give a committed three-way relationship a shot. They each have skills that could help make the hotel a success—and they're not above bartering to get what they want. but first they have to get past the walls Gwyn's built to keep them out. But while Cam's biggest concern is making sure Gwyn doesn't break Berke's heart a second time, Berke is worried about how his husband will react if he learns Berke’s the one who screwed things up for them all the first time. 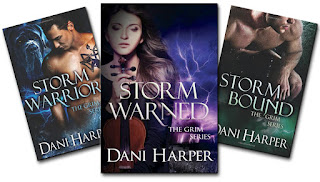 Now through the end of February! 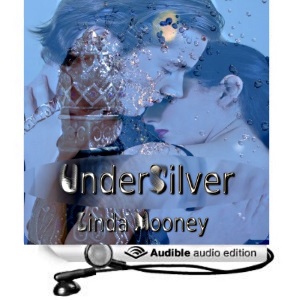 The planet had secrets it never revealed, until it was too late.

Centuries ago, mankind's only hope for survival were the seven vessels specially fitted to send the last survivors of Earth to a planet named New Earth. Seven space ships that became floating cities once they landed on the water-only world teeming with edible seafood, as well as dangerous creatures.

Lt. Jace Novick, of the ship UnderPlatinum, is sent to sister ship UnderSilver to see if he can help find a possible solution to their growing problem. Food is beginning to run low, catches are scarcer, and the tension between ships is increasing as starvation becomes imminent.

Lt. Commander Rhone Derth has created a security device called wrap shields to protect Silver from repeated attacks by the planet's hostile monsters. But it seems the shields are also keeping the fish away as well. Jace believes he has an answer, but it means he and Rhone must work together despite Rhone's antagonism toward him, and the short time he's been allotted before he must return to his own ship.

Together, they try to discover a way to survive as the other vessels turn on each other in a desperate battle for the last of the dwindling food supply, not knowing that another, more malevolent being is watching them from the depths.

STAR SURVIVOR gets great review from Jayne at Dear Author!

Veronica Scott is beaming over the latest review for her new scifi romance novel.

The review reads in part: "...I wanted to read this story because of the open-ended way Twilka and Khevan’s relationship ended earlier. I also wanted to know why anyone would swear fealty to the Red Lady as Khevan did when everything mentioned about her backed up Twilka’s description of her as an evil bitch. Khevan would also need to have a damn good reason for abandoning Twilka and staying away as long as he had...."

You can read the rest of the review here.

The story: The survivors of a terrible wreck meet again—but this time only one can survive.

The long-awaited sequel to The Wreck of the Nebula Dream…
They survived an iconic spaceship wreck together. She never expected to see him again … especially not armed to kill her.
Twilka Zabour is an interstellar celebrity. She built on her notoriety as a carefree Socialite who survived the terrible wreck of the Nebula Dream, and launched a successful design house. But now the man who gave meaning to her life, then left her, is back–this time for the worst of reasons. Will he kill her … or help her survive?
D’nvannae Brother Khevan survived the Nebula Dream in the company of a lovely, warm woman, only to be pulled away from her, back into his solitary life in the service of the Red Lady.  Now Twilka’s within his reach again–for all the wrong reasons. Khevan will do everything within his power to discover why Twilka has been targeted for assassination, and to save her.
But Khevan is not Twilka’s only pursuer. Will allies Nick and Mara Jameson arrive in time to aid the couple, or will Khevan and Twilka’s ingenuity be all that stands between them and death?