Lady of Silver (Blood and Silver) 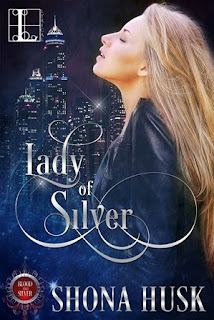 A man on a mission
A brutal crime is haunting detective Dale Morgan. A young woman has been murdered on the city’s outskirts, and her blood drained. Dale suspects the leader of a depraved cult may be to blame. Yet with barely a shred of evidence at the crime scene, Dale will have to turn to the one person despises almost as much as the killers he puts behind bars.

A woman with secrets
To humans, Saba Venn is a psychic, but she’s Albah, a race long forgotten by humans but who live amongst them, her powers fueled by blood and silver. She agrees to help Detective Morgan, if it means stopping the vampire cult she believes is behind the killing. But the attraction she feels with Dale is immediate, and as their relationship intensifies she begins to doubt she can keep her secret from him.

The story:
She saved countless soldiers in the wars … but does she have the weapons to fight an outbreak?
Dr. Emily Shane, veteran of the Sector Wars, is known as “The Angel of Fantalar” for her bravery under fire as a medic. However, the doctor has her own war wounds–severe PTSD and guilt over those she failed to save.
Persuaded to fill a seemingly frivolous berth as ship’s doctor on the huge and luxurious interstellar cruise liner Nebula Zephyr, she finds the job brings unexpected perks–a luxe beach deck with water imported from Tahumaroa II, and Security Officer Jake Dilon, a fellow veteran who heats her up like a tropical sun.
However, Emily soon learns she and Jake didn’t leave all peril behind in the war. A mysterious ailment aboard the Zephyr begins to claim victim after victim … and they must race against time and space to find the cause and a cure! Trapped on a ship no spaceport will allow to dock, their efforts are complicated by a temperamental princess and a terrorist–one who won’t hesitate to take down any being in the way of his target.  If anyone’s left when the disease is through with them…
Buy Links:  Apple iBooks   Amazon     Kobo      Barnes & Noble