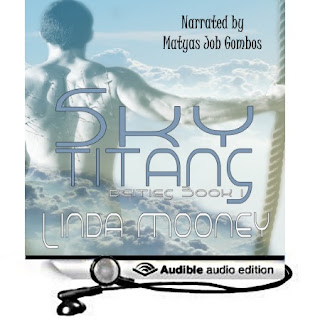 It's time for the earth to be cleansed. Released after eons of being imprisoned and tortured, Aeron and his three brothers are ordered by the remaining old gods to bring the Apocalypse upon the world. Humanity has failed them too many times, and the Reckoning is overdue. As the deity of the air and sky, it's Aeron's duty to bring about massive storms to wipe out civilization. Tornadoes, hurricanes, lightning - all are at his bidding, and Aeron is more than willing to do whatever he is requested to do. He will mete out the worst he can conjure, as long as it means he'll no longer be bound within the hot, dark confines deep within the bowels of the Earth. Ceris Shahan is terrified of flying. But when the president of the company demands she be at the summit conference clear across the continent the next day, she has no choice but to take the next plane out. If her phobia wasn't debilitating enough, they run into turbulence that doesn't end. Tossed about, bruised and injured amid the ugly black clouds that continue to engulf them, she and the other passengers soon realize they will not survive. When Ceris spots a figure outside the window, a man who appears to be standing amid the thunderheads and is surrounded by an aura of light, she starts to doubt her own sanity. Yet, when the man turns to find her staring at him, the look of stunned disbelief on his face is undeniable. She shouldn't be able to see him, but she can. Realizing what this could mean, Aeron decides to risk everything, even his freedom, to rescue and protect the woman from the annihilation of all mankind. Warning! Contains scenes of mass destruction, two apples, the plane ride from hell, stainless steel, extreme arrogance, an odd utility tool, and two people hoping for a future, any kind of future, as long as they can share it together.

We're celebrating Spring with a fun giveaway! Check it out here:
https://herebemagic.blogspot.com/2018/03/celebrate-spring-with-here-be-magic.html

Veronica Scott announced the return of pets in space, with Embrace the Romance: Pets in Space 3 scheduled for release October 9, 2018. The anthology of all new stories will again benefit the Hero Dogs, Inc., charity, which provides service dogs for veterans. The lineup includes SE Smith, Anna Hackett, Ruby Lionsdrake and more...there's a free coloring book offered while you wait for October. Click the link above to learn more!

Iron by PG Forte, set in Ireland. She talks about the influence of her Irish grandparents and shares an excerpt.