If I could be a Warder, what city would I choose?

Posted by: Angela Korra'ti
Hi, Here Be Magic readers! My turn to post again today. And I've talked some about Valor of the Healer, my book via Carina Press--but with this post, I'm going to put a spotlight on Faerie Blood, my other work. 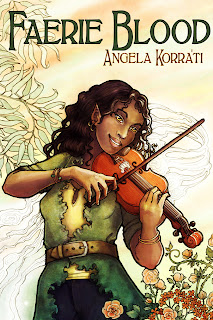 For those of you unfamiliar with my Warder universe, I've got two primary groups of magic-users in play in that storyline. There are the Sidhe, represented (like ya do) by the Seelie and Unseelie Courts. And there are the Warders, human magic-users who function as guardians for specific cities--but at the cost of being magically, physically constrained to never be able to leave that city. Ever.

For example! Christopher, the male lead of Faerie Blood, is one of the two main Warder characters as he becomes the second Warder of Seattle--the first one being Millicent, a feisty old lady who's pretty much my Gandalf figure (and who's played in my brain by K Callan, the excellent actress who played Ma Kent in the 90's TV series Lois and Clark: The New Adventures of Superman).

One of the things Christopher has to deal with is whether he's ready to tie himself to a specific city, and as I progress through writing more of that series, I'll be exploring more of what it means for members of the Warder lineage to commit themselves to a city. They've developed customs around it, encouraging their younger people to travel a lot all over the world, to see as much as they can before they finally bind themselves to one city for the rest of their lives. Modern-day Warders, too, take a lot of advantage of the Internet to keep in touch--boy howdy, was it ever hard in times past for Warders in different cities to alert each other to potential traveling threats.

A story I have planned for the future, involving Christopher's young cousin Caitlin who's on the verge of becoming the next Warder of St. John's, Newfoundland, is that she's going to fall in love with a Warder boy from Quebec who is in fact doing that very thing that the Warders encourage their young people to do: traveling. They're going to face the challenge of what city they'll finally wind up in. It's going to be awesome.

Today, on Facebook, I was asked this very excellent question:

If you could be a Warder of any city in the world, which would it be?

This is a damn good question, and right now I'd be hard pressed to choose between several excellent cities I've either visited or lived in.

Seattle's got its appeal, because I've been here for half my life and I know the place.

Vancouver and Toronto are two of my favorite cities in Canada, and would have the advantage of having several known friends within visiting range.

Honolulu has the advantage of being in Hawai'i, which pretty much speaks for itself.

Glasgow would be nifty, because I've been there and there's enough of a fannish contingent there that they've held Worldcons. (Glasgow holds a hell of a Worldcon, I'm here to tell you.) Plus, if we're assuming I'm a Warder and therefore in the Warder universe, Glasgow would have the added bonus of having the most number of Warders in any Warded city in the world--since Scotland is where the Warder magic started. They've got a full council of Warders in Glasgow. It'd be nice to know I'm not defending the city by myself!

Montréal would be highly tempting, due to my recently exploded love of Quebecois traditional music, and that would at least let me see a lot of awesome concerts. And of all the cities in Quebec, that's the one where I could get away with my French being still kinda sucky. Working on that!

Lexington, Kentucky would also have to be under consideration, given that I spent my adolescence there and it would put me in reasonable range of my family members. Though I'd be hard pressed to decide between Lexington and Louisville, the two cities in Kentucky most likely to have a Warder presence.

What about you, Internets? If you could have a shot at the ability to magically protect a city, but with the catch that you'd have to stay in that city for the rest of your life, what city would it be? Talk to me in the comments!