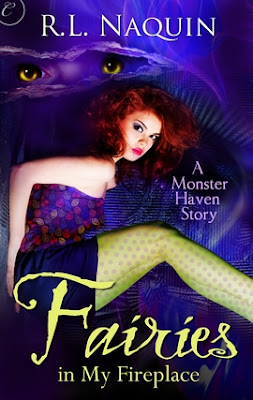 A migration of mythical creatures has begun, and more and more of them are landing on Zoey Donovan's doorstep. As the only Aegis left in the country, it falls to her to protect the Hidden and keep them safe--and her house has become a sanctuary for water sprites, goblins, harpies, djinn and more.

Keeping track of her boarders is a full-time job, and Zoey's already got her hands full trying to run her wedding planning business. Good thing she has a resident closet monster to keep her organized, and a hot Reaper boyfriend to help her relax every once in a while.

But she can't keep up monster-triage indefinitely, and as more Hidden arrive, it becomes clear that someone--or something--is hunting them. In the midst of planning an event for a notoriously difficult client, Zoey's got to figure out who's behind the hunt...and she's got to stop them before there are no Hidden left. 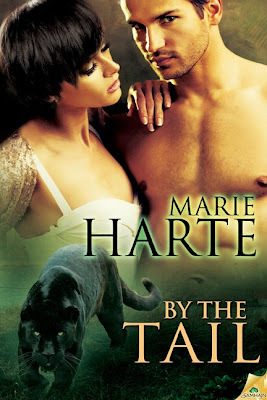 It’s more than whether you win or lose; it’s how you play with your prey.

Joy Bermin’s sweet crush on Quince Castille went sour when he got involved with a psychotic feline who nearly destroyed the pride. That bastard is dead, but now Quince is trying to convince her he had nothing to do with it.

She’s been doing her best to ignore him, but the stubborn panther is always underfoot. When he tricks her into seeing how good things could really be between them, she’s stuck between dismay and desire.

Just when Quince was ready to prove his love for Joy, that mess with the pride shot his credibility all to hell. Trickery is the only way to break her resistance and show her the truth. And holy hell, that woman could melt steel with her heat.
Between trying to pin her down and dealing with upstart cats out to destroy what he’s worked so hard to rebuild, Quince is through playing by the rules. Whatever it takes to make Joy his mate, it’s on the table. And God help anyone who gets in his way. 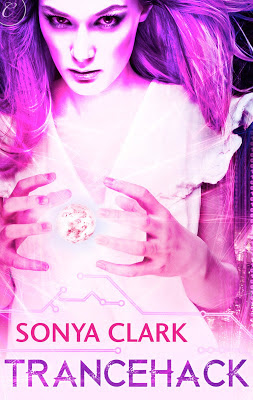 It’s 2065. Those born with magic abilities live in government-run zones, without rights or freedoms. Fear of magic created this segregated world and fear keeps it intact.
A high-profile murder brings Detective Nathan Perez to Magic Born Zone 13. He’s had little experience with the Magic Born and isn’t sure what to expect during his first encounter with a witch, but he never thought he’d be so drawn to her.
Trancehacker Calla Vesper uses magic to break into computers and aid the Magic Born underground. She has no interest in helping a cop, even if he is smoking-hot, but money’s tight and Nate offers a tidy amount for help navigating the Zone. Calla’s determined to keep it all business, but sparks start flying before the investigation even gets started.
When Calla’s trancehacking and Nathan’s investigation uncover a conspiracy, Calla becomes a target. Nate can protect her by keeping her role a secret—but then who will protect Nate? 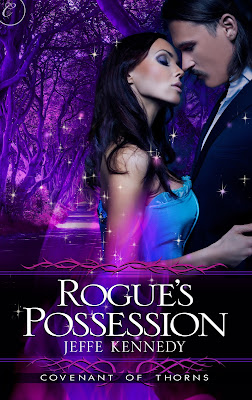 A human trapped in the world of Faerie, in possession of magic I could not control, I made a bargain for my life: to let the dangerously sensual fae noble known as Rogue sire my firstborn. And one does not break an oath with a fae. But no matter how greatly I desire him, I will not succumb. Not until I know what will happen to the child.

Though unable-or unwilling-to reveal the fate of human-fae offspring himself, Rogue accompanies me on my quest for answers. Along the way he agrees to teach me to harness my power, in exchange for a single kiss each day and sleeping by my side each night. Just as I am about to yield to temptation, I find myself in a deadly game of cat and mouse with an insane goddess. Now my search for the truth will lead me to the darkest of all Faerie secrets.