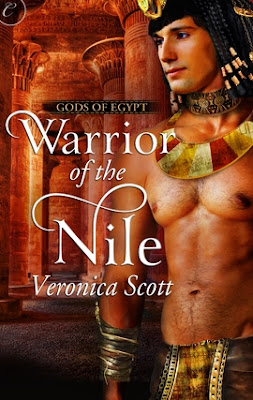 Lady Tiya is bound to the service of the goddess Nephthys, who plans to sacrifice Tiya's body to protect Egypt from an ancient terror. She embarks to meet her grim fate alone but for the hardened warrior Khenet, who is fated to die at her side. Tiya's dreams of love and family now seem impossible, and Khenet, who is the last of his line, knows his culture will die with him. Struggling with the high cost of Nephthys's demands, both resolve to remain loyal.

Neither expects the passion that flowers when Tiya's quiet courage and ethereal beauty meet Khenet's firm strength and resolve. On a boat down the Nile, their two lonely souls find in each other a reason to live. But time is short and trust elusive.

Without the willing sacrifice of Tiya and Khenet, a great evil will return to Egypt. How could the gods demand their deaths when they've only just begun to live?

Book two of The Gods of Egypt 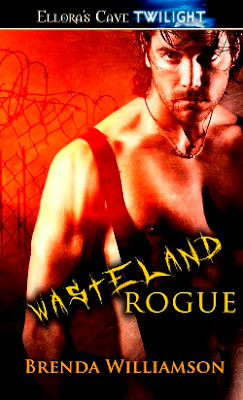 ...a unique vampire story with a kickass heroine and a handsome hero...a post apocalyptic wasteland dominated by a new evolutionary species...a villainous corporation out to rule the world...an exciting adventure into a possible future...

When gorgeous vampire is left for dead in the post-apocalyptic wastelands, she’s at the mercy of the sexy man who saves her. With her life in the balance, she voraciously drinks his blood. And while it heals her, his blood also triggers her inherent carnal lust.

The moment Sevrin finds naked in a ditch, he’s intrigued. After letting her gorge on his blood, he experiences strange, spellbinding sexual urges. Then he tastes the succulence of her lips and he’s lost to the need thrumming between them.

As and Sevrin embark on a steamy journey, indulging in every need, they also race to stop a villainous corporation from developing a poison that could wipe out the remainder of mankind.

On the Bechdel test and other fictional assumptions

5 THINGS NOVELISTS CAN LEARN FROM SCREENWRITERS

Very NSFW, but awfully funny. "I want to see the stallion who mounts the world." Think Seeing A Little Male Nudity On TV Is Too Explicit? Then ... It's Time To Hear The Hard Truth.