Posted by: Unknown
Our New Releases This Week 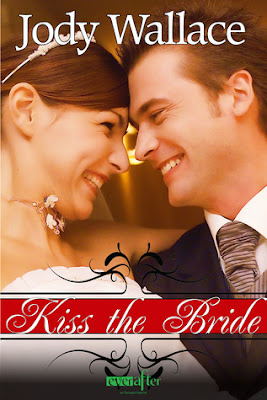 Herman Edward Heckley knows all about drywall, concrete, and nail guns. So what's he doing fighting off taffeta in a bridal salon? He's maid of honor for his best friend, Caroline Oakenfeld, in her wedding to a pencil-necked geek. But the closer he gets to the ceremony, the more he wonders if he's been missing out all this time. Caroline has been missing out, and she knows it. Shes been in love with Heck forever, but frittering her life away until Heck wises up isn't part of her life plan. She's agreed to marry her boyfriend so she can move on with her life. But the closer she gets to the ceremony, the more she realizes she has to resolve her feelings for Heck. For better or for worse.

Love this video! Nothing To Prove - Geek Girls & The Doubleclicks

Doctor Who 50th anniversary special to be broadcast around the world simultaneously: "The episode, which will unite Matt Smith’s Doctor with David Tennant's tenth, has reportedly been sold to 200 countries and is expected to reach more than 100 million viewers, making it the biggest global drama simulcast in history."

What Made 'The Wolverine' Such a Disappointment?

Cover Reveal: WARRIOR OF THE NILE from Veronica Scott, coming on September 16th from Carina Press. Available for preorder at Amazon now. Paranormal romance set in Ancient Egypt. Second book in her  “Gods of Egypt” Series!

Cover Reveal: Book 3 of R. L. Naquin's Monster Haven Stories, FAIRIES IN MY FIREPLACE, is out Sept 2 and is available for pre-order.