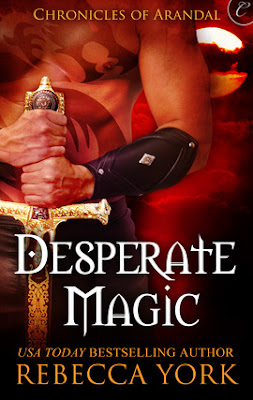 Book three of The Chronicles of Arandal

Willow was left behind when her sister Rowan fled Valleyhold and became Queen of Arandal. Now she's receiving broken telepathic messages from the new queen, begging for help. She'll do anything to reach her, even if that means risking her life to break through Valleyhold's protective magic.

Dragon shifter Cullendor sees opportunity in Willow's desperation. He needs someone to show him how humans behave so he can steal the throne of Arandal from Rowan's husband. After he saves Willow's life, he thinks she's just the woman to teach him. But when he seduces her, he's not expecting her to teach him how to love.

As Willow and Cullendor draw closer to Rowan, Cullendor begins to wonder whether power is really more important to him than love. But once Willow discovers the secrets he's been hiding, how will he convince her that his feelings are real? 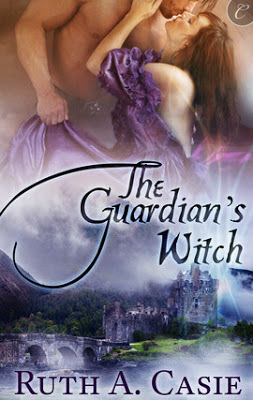 Lord Alex Stelton can't resist a challenge, especially one with a prize like this: protect a castle on the Scottish border for a year, and it's his. Desperate for land of his own, he'll do anything to win the estate--even enter a proxy marriage to Lady Lisbeth Reynolds, the rumored witch who lives there.

Feared and scorned for her second sight, Lisbeth swore she'd never marry, but she is drawn to the handsome, confident Alex. She sees great love with him but fears what he would think of her gift and her visions of a traitor in their midst.

Despite his own vow never to fall in love, Alex can't get the alluring Lisbeth out of his mind and is driven to protect her when attacks begin on the border. But as her visions of danger intensify, Lisbeth knows it is she who must protect him. Realizing they'll secure their future only by facing the threat together, she must choose between keeping her magic a secret and losing the man she loves. 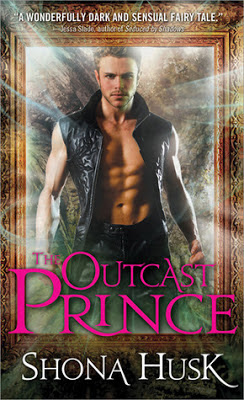 Just One Taste Is All It Takes...
This is no ordinary mirror. Caspian caught a hint of color, a whirl of a waltz just past his reflection—a glimpse into the decadent Fairy Court of Annwyn. The home he could never have. It called to him, whispering temptation after temptation...if he could only reclaim his rightful heritage.
To Be Forever Lost...
Caspian has an even stronger reason to stay in the world of humans. He's just met a woman who captivates him like no other. But loving him has proven to be dangerous. And he will do whatever it takes to protect Lydia from the vicious, seductive world of Court—even if doing so requires the ultimate sacrifice: his soul.

Some writing advice from Joss Whedon: Tackle the Most Fun Things on Your To-Do List First

If you're attending the RT 2014 convention, you might want to reserve your hotel room now. I hear they're filling up quickly. New Orleans! Who's going?

Angela Campbell has sold a three-book paranormal/romantic suspense series to HarperImpulse. The first book, On the Scent, is now available for pre-order and releases July 25.