The Danger of Tinkering with Mythology 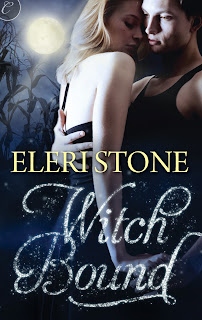 One month until the release of Witch Bound, Book Two in the Twilight of the Gods series. Let the countdown begin!

So, the Twilight of the Gods series is based on Norse mythology with the premise being that Ragnarök, the Norse apocalypse, has already happened. It happened centuries ago actually, and some of the Æsir (Norse gods) escaped the destruction of their world (Asgard) by fleeing to earth (Midgard). Before Odin died, he cast a spell over his remaining people endowing them with many of his attributes—wisdom, magical skill, the ability to shapeshift. The Æsir refugees then settled on earth near faultlines in the fabric of space where they’re still able to maintain a connection to their broken home and its magic. Over the centuries, they’ve intermarried with humans and their blood has thinned. They’re not truly gods anymore but they’re not entirely human either. While their power and abilities have weakened with every generation, the demons (fire jötnar) who destroyed Asgard are still out there, waiting on the other side of the bridge, ready to break through the rift to hunt down the last of the Æsir and invade earth.

If you’re familiar with Norse myth you’ll see a lot that’s familiar but there are also some really big departures. Which brings me to my question…If an author bases a story on mythology, how far can they depart from the original before they start to piss people off?

My answer is not very far. When dealing with mythology, people bring very definite and often very different preconceived notions to the story.

For example, I got dinged a few times in reviews by people who didn’t like my incorporation of the Wild Hunt because they felt that legend belonged to the Celts. The Wild Hunt is a very popular legend in the British Isles, but it’s not exclusive to that area. There are local versions of the same story spread all across Europe and Scandinavia. In art, Odin is often depicted as leading the hunt. So while in modern literature the Wild Hunt is often associated with England and with fairy, that’s really only one incarnation. When I used the Wild Hunt legend in my story to describe the Æsir chasing down demons who’d slipped through the portal, I was being true to Norse legend... Except that it’s not truly Odin leading the hunt, it’s one of his descendants. And they’re not flying through the skies, just veiled by a glamour. And they’re not dead or hunting lost mortals, they’re chasing down jötnar.

I do wince a little when I read those reviews but at the same time I can sympathize. If I was particularly fond of that one version of the legend, it would be really easy to get annoyed when a beloved aspect was changed or ignored to serve the story.

Authors-how careful are you when using myth in your stories? Readers-at what point do you start to get annoyed at the liberties taken?