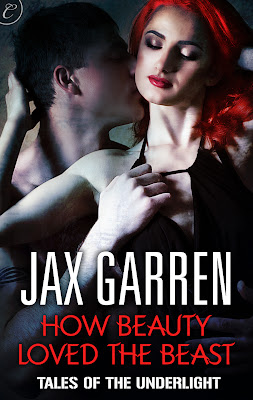 Book three of Tales of the Underlight

It's all been leading to this.

Jolie Benoit has become a skilled agent of the Underlight, relying on her savvy to complete assignments while Sergeant Wesley Haukon was out of commission. But an unexpected clue to the Order of Ananke's diabolical scheme rattles Jolie, and she turns to Hauk for comfort.

It's been years since Hauk took comfort from the touch of another person, though his love for Jolie is deep and powerful. Uncomfortable in his skin, scarred by a terrible fire, he is unable to give in to the pleasures that Jolie so desperately wants to grant him.

Meanwhile, the Order is lurking in the shadows--and when they strike, the blow is swift and terrible. Hauk and Jolie scramble to fight for their community, but with the future of the Underlight threatened, no one is safe. And Hauk will never be the same... 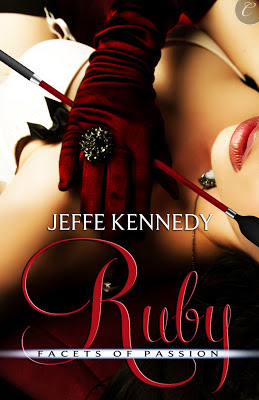 Book three of Facets of Passion

Danielle Sosna has no problem denying herself in order to achieve her goals--after all, that attitude landed her a dream job at Vogue Paris. But in New Orleans for one last assignment before heading overseas, she's faced with the most decadent of temptations. Seductive Cajun chef Bobby Prejean takes Dani's strength of will as a challenge, and offers her a night of wild indulgence--if she will agree to obey his every command...

Dani can't resist Prejean's invitation to join him in a world of carnal desire, complete with fetish costumes and masks. Determined to keep her emotional distance, she gives Prejean everything but her name. A night becomes a week, as she spends Mardi Gras suspended...in the delicious space where pleasure meets pain.

Too late, she realizes the cloak of anonymity has not protected her--and that chasing her dream might come at the expense of her heart.

For more Facets of Passion, check out Sapphire and Platinum, available now!

Why everything you know about wolf packs is wrong: "The notion of a supreme pack leader who fought his way to dominance and reigns superior to the other wolves in his pack informs both our fiction and is how many people understand wolf behavior. But the alpha wolf doesn't exist—at least not in the wild."

LEGO steampunk! "The Lego steampunk line is set to debut in July and will include steampunk-inspired designs like a hover-mobile and "mad science ray."

Something Greater: An Epic Discussion of Epic Fantasy, Part 1

Scalzi about the RT Booklovers Convention: "This is something that I think might be worth noting out loud: At a largely female-oriented convention, as a man, I was never excluded, resented or made to feel unwelcome."

Cover Reveal for Witch Bound, Book Two in the Twilight of the Gods series by Eleri Stone. Coming June 24th!

Thanks to everyone who stopped by for Fantasy Week last week. In case you missed any of the posts, you can find them here:

5/8/2013 - Jeffe Kennedy Fantasy Week Braving the Fantasy Debates - Not Only Epic, but Romantic

Be sure to join us for our next spotlight June 2-8 on Urban Fantasy!