He Said. She Said. We Snorted. 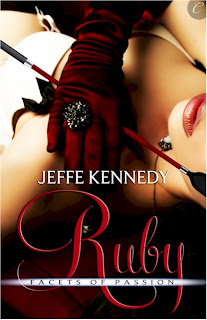 Thus I have my Pimping Party Prom dress on and am shamelessly cross-posting this at the Word Whores blog as well.

And, to complete the pimpage, here are a couple of reviews posted to today for it here and here. One is also in French, should you care to stretch those neurons you haven't used since high school.

So, this week's topic is "Dialogue Tags: He Said, She Asked, They Exclaimed ... when to use what."

I'm a really bad person to kick off this topic because, if there's one thing my Carina editor, Deb Nemeth, consistently hammers me for, it's dialogue tags. If she and I were married, this would be the one thing she'd say she'd change about me. She'd say it to the marriage counselor with a deep and heartfelt sigh, while I sat on the other corner of the couch, arms folded defensively.

Because I don't WANT to change. I feel like she should love me for who I am.

See, this comment comes directly from my most recent round of edits with her:

Most of the line edits are to correct punctuation surrounding dialogue. You have a habit of punctuating tags as beats and vice-versa. This technical aspect to craft is something I’d appreciate you paying closer attention to when you self-edit book three before sending it in to me, not only because it’s rather time-consuming to make these corrections, but because I’m always afraid the copyeditor and I won’t catch them all. Use the comma + lower case only for bona fide tags, a period + initial cap for beats. Note that laugh, snort, told, said it (as opposed to plain said) are beats, not tags. Let me know if this isn’t clear.


How she hurts me.

Really, I think she'd be happy if I just used "said" a lot more. The thing about "said" as in:

"I hate when you harp on my dialogue tags," she said.


is that our readerly eyes go right over it. It's nearly invisible. Studies have actually shown this. Our brains process what the character expressed and register the "she said" part like punctuation. But you guys know me - I'm just not that sweet and obedient. My characters don't just SAY things - they snort them! They laugh out words and sometimes they hiss them!

(This is another of my editorial world pet-peeves - there's this "rule" that you can't have someone hiss what they're saying unless there are sibilants in the word. So you can have


I don't know about you people, but I can totally hiss "get out." I may or may not walk around the house hissing words that my editor inSISTS can't be hissed.

Not that I'm bitter.

Amusingly, one of my publishers - Ellora's Cave - officially reversed their policy on the hissing thing. So my EC characters can hiss anything they damn well want to while my Carina ones can only hiss with sibilants in the words. I don't know where Kensington will weigh in yet.

The upshot for me is, even though my editor - who really does love me in every other way - calls this a craft issue, I view it as an editorial one. Some editors care passionately about dialogue tags, others do not. I had one editor who really disliked parenthetical asides. (You can just imagine how well we got along.)

For me, it's voice, which I'm going to stick to as much as I can. I'll bow to editorial decisions and house style, which is part of being a professional writer, but if I can get away with a bit of dialogue snorting, I'm going to do it every time.

After all, she knew it when she married me.