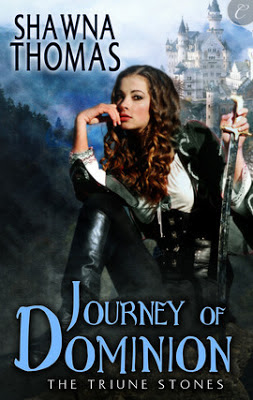 Book two of The Triune Stones

Sara, now known as Ilythra, the Wanderer of legend, continues north on her quest to find the Siobani, who hold the secrets of the magic stone around her neck.

The stone's magic leads her to help a trader in search of his brother. The hunt takes her into a land in the grip of an alchemical conspiracy. Lord Bredych of Greton has already schemed to control Ilythra's stone once and weaves a web of scent, magic and manipulation to bring her to him. With Bredych's fragrances intoxicating her and the song of his stone in her ears, Ilythra begins to forget her quest.

The trader catches wind of Ilythra's danger and rushes to her aid. With Ilythra's mind muddled and the forces of an entire nation bent on controlling her stone, it will take an unthinkable act of sacrifice for her to continue her search for the Siobani.

Sequel to Journey of Awakening. 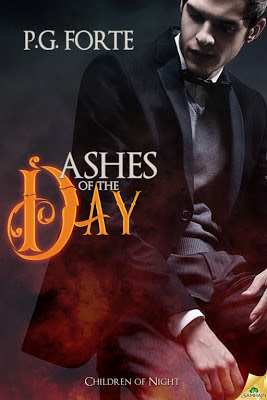 Only blood can break your heart.

New Year’s Eve, 1999. The world is braced for Y2K, but that’s not the only ticking time bomb in Conrad’s life. Damian wouldn’t be the first vampire to find a way to die, but Conrad is determined he will not be one of them.

Present day. Damian struggles to trust that fate could possibly be kind enough to give him a love as perfect as Conrad’s. Conrad balances on the keen edge of his own fear that one more slip of his formidable control could drive his lover away—permanently.

Julie learns the hard way it’s not just interspecies relationships that seldom work out. Even between vampires, love is not a smooth course.

Meanwhile, intrigue and conflict within the nest continue to grow, fueled in no small part by Georgia’s slipping hold on a deadly secret. Marc works to consolidate his position as leader of the ferals—and discovers that being a walking anomaly has certain advantages. Including some that are totally unexpected. 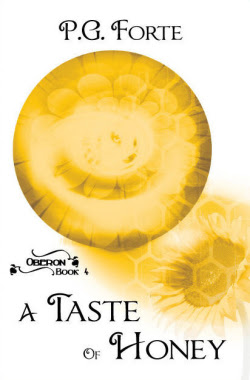 
A Taste of Honey
Oberon, book 4

Be careful what you wish for...

As far as Lucy Greco Cavanaugh is concerned her life is a dream come true.  She has it all, the perfect family, the perfect husband, the perfect marriage.  What more could she wish for—other than the chance to do it all again, to experience once more the agony and ecstasy of falling in love with the man of her dreams, to recapture the joy and uncertainty that comes with starting over.

Angels and Ministers of Grace, defend us...

For Shakespeare-quoting Dan Cavanaugh, however, that dream has just become a nightmare.  His storybook marriage is on the line thanks in part to Deirdre Shelton-Cooper, the runaway daughter of a former girlfriend. Deirdre’s intent on proving Dan is her father. When she accidentally hooks up with Dan and Lucy’s son, Seth, Dan is left to wonder: how did their fairy-tale romance turn into a classic Greek tragedy?

It’s going to take an entire band of angels to help Oberon’s residents straighten things out this time around and bring the Cavenaughs’ story to a sweet ending. Lucky for them, that’s exactly what’s coming to town.

Special Guest Edition: The Hawkeye Initiative IRL! "I stood in the entryway, dizzy with joy. It was glorious. There Brosie stood, proud, nipples testing the air like young gophers in springtime, the post-apocalyptic breeze gently swaying his banana hammock. Brosie said, loud and proud: “Get ready, world! I am here to lubricate your joints and tighten your socket.”"

15 THINGS A WRITER SHOULD NEVER DO: "1. Don’t assume there is any single path or playbook writers need to follow. (Or, for that matter, a definitive superlative list of Dos and Don’ts …) Simply put: You have to do what works best for you. Listen to the voices in your head, and learn to train and trust them. More often than not, they’ll let you know if you’re on the right path."

Want to Write Stronger Characters? "Try this. Sit down and free write, in your character’s own voice, his or her description of or reaction to the following:..."

How Dan Brown and other authors defeat writer's block: "The Da Vinci Code novelist hangs upside-down to get the creative juices flowing, while others rely on noise-cancelling headphones, sleeping bags and vitamins"