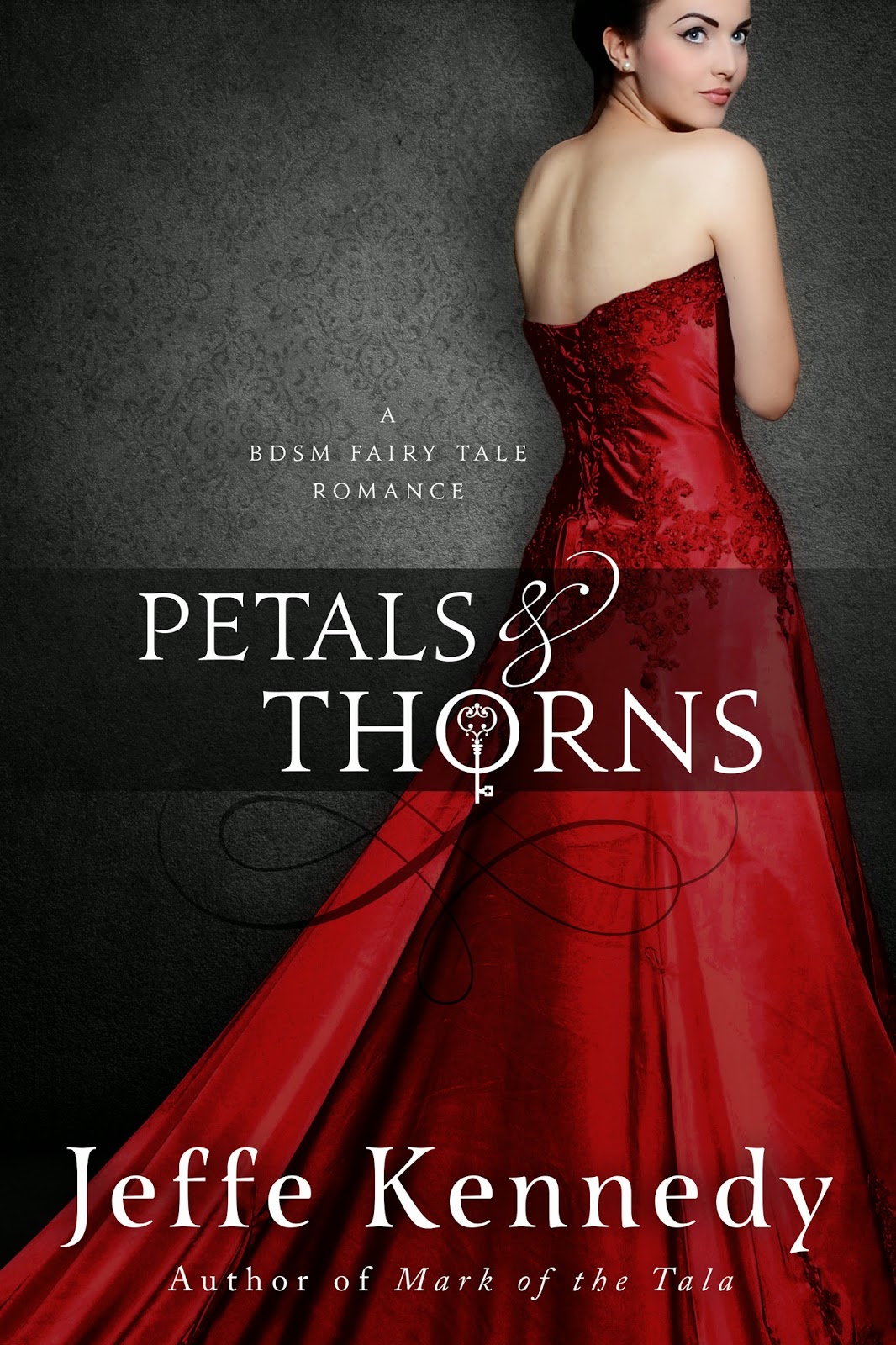 Jeffe Kennedy's Petal and Thorns has a new cover!

In exchange for her father’s life, Amarantha agrees to marry the dreadful Beast and be his wife for seven days. Though the Beast cannot take Amarantha’s virginity unless she begs him to, he can and does take her in every other way. From the moment they are alone together, the Beast relentlessly strips Amarantha of all her resistance.

If Amarantha can resist her cloaked and terrifying husband, she gains his entire fortune and will be allowed to return to her family and a normal life. But the Beast seduces her at every turn, exposing, binding, tormenting, and pleasuring Amarantha until she no longer knows her own deepest desires. Increasingly desperate to break the curse that chains his humanity, the Beast drives Amarantha past every boundary. But her desire for a normal life may jeopardize the love that will save them both. 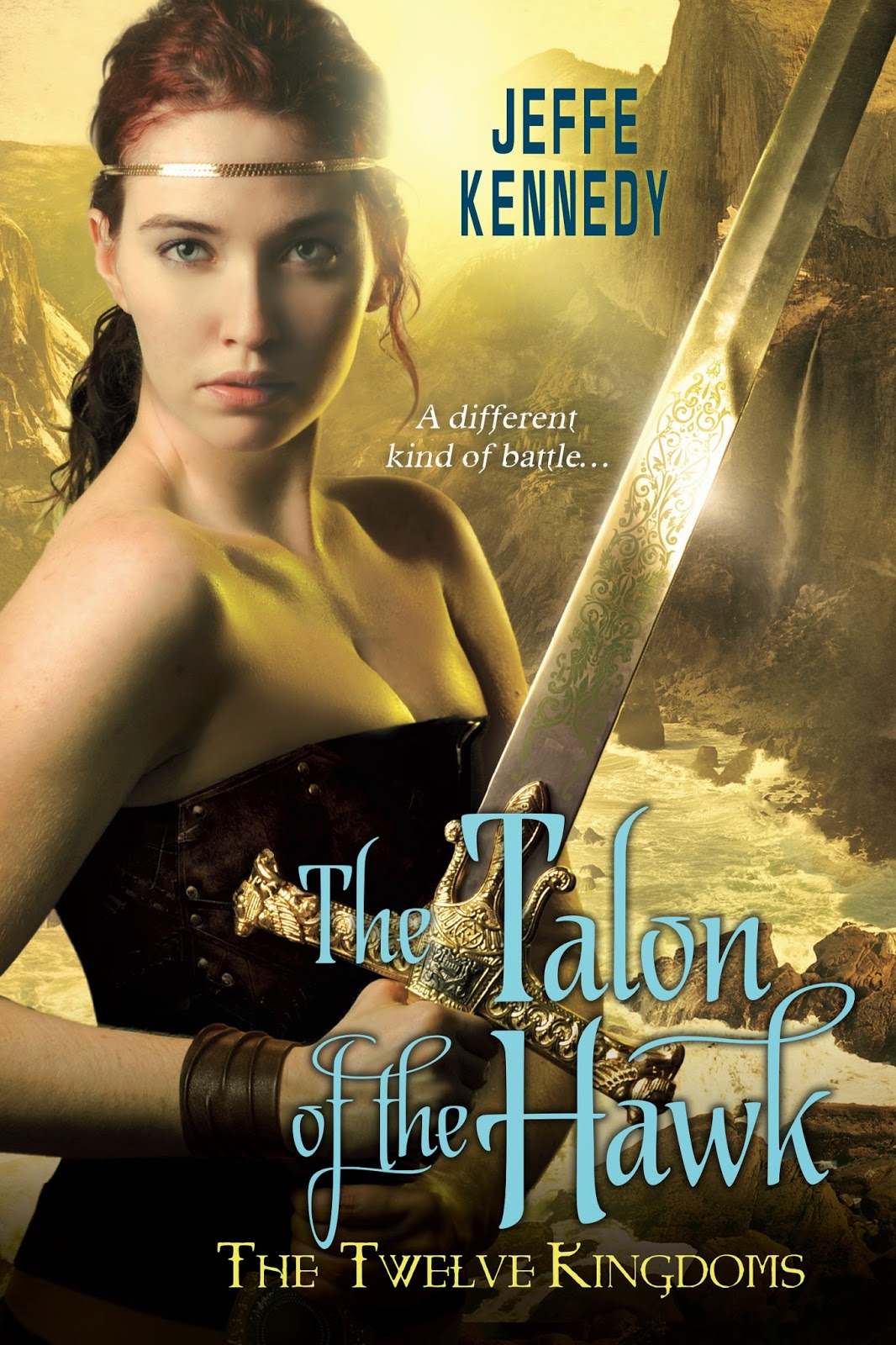 The third book in her Twelve Kingdoms series elicited this response:

“The saga of The Twelve Kingdoms returns in grand style! It takes a great deal of trust for Ursula to accept that Harlan is interested in her as a woman; his position as a mercenary means he’s skilled at playing courtly games. She’s always possessed a physical strength, so it’s beautiful to watch her accept her own personal power, as a woman and as a daughter of Salena, even when her stubbornness gives you fits. Harlan is her perfect match because his talent at observation allows him to see beyond the tough warrior image she employs to avoid showing her feelings. This is a complex world full of danger, subterfuge and secrets with empowering female characters who are not afraid to fight for their future.”

More Epic Fantasy
Veronica Scott's most recent column for USA Today Happily Ever After focused on the epic fantasy romance genre. Jeffe Kennedy and Eleri Stone of HBM were among the interviewees on what the appeal of epic FR is for authors and readers, as well as sharing recommendations for more reading. Other authors featured in the article include Grace Draven and Dana Marton.

You can find the article here:  http://www.usatoday.com/story/happyeverafter/2015/04/23/veronica-scott-fantasy-romance-wilson-draven-raby/26187833/

(Veronica is also a Here Be Magic author.)