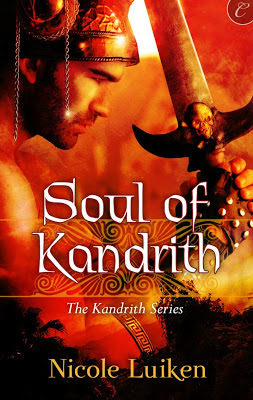 Amidst the escalating dangers in hostile territory, Lance will have to risk both his beloved and his homeland in a final gambit to save them both... 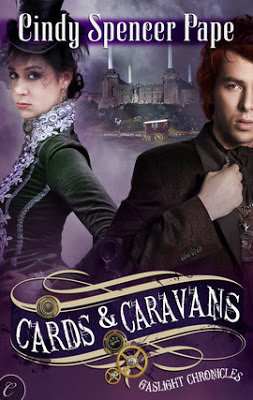 Book five of The Gaslight Chronicles.

Belinda Danvers isn't a witch. But that won't stop them burning her at the stake...

Connor McKay can tell at a glance that Belinda's magickal powers are minimal at best. She can't be guilty of murdering village children. There's something suspicious about her arrest and lightning-quick sentence. Unfortunately, telling anyone how he knows would mean revealing his own powers. He's been sent by the Order of the Round Table to help and he can't just let her die.

Escaping from jail and running from vindictive villagers in her grandfather's steam-powered caravan is more excitement than Belinda's had in years. And despite the danger--or maybe because of it--she loves the time spent with her sexy rescuer. But there's more to his magick than he's letting on...

There's something going on that's bigger than the two of them. It's time for good to make a stand.

The new Dr. Who trailer. Woohoo!

Weird but interesting: Eating too much corn turns you into a vampire  It's science.

The story I need somebody to write: The CIA's secret experiments to turn cats into spies

Cindy Spencer Pape: I’m doing a mini-blog tour with a $25.00 gift card and the chance to name a character in the next Gaslight book. Click here to visit my website for details.

Nicole Luiken: There's an interview of me about the Kandrith series up at The Window Seat including a giveaway of either book in the series.

Jane Kindred will be among 40 local authors showing, reading, selling, and signing their books on Saturday, March 23, at the Noe Valley Authors Festival in San Francisco. Stop by from 2-5pm at St. Philip Parish Hall, 725 Diamond St. in San Francisco. Admission is free.
https://www.facebook.com/pages/Noe-Valley-Authors-Festival/343019135802144