Posted by: J.K. Coi
I was having trouble deciding what to write about for today. You see, while I have a new release on November 25, it’s not paranormal or fantasy. It’s a straight contemporary with cops and mobsters, strippers and guns. So while I’ll be ever-so-slick about slipping that link in here for you to check it out at your convenience (*cough* BRAZEN GAMES *cough cough*), I’m not going to plug it on the Here Be Magic blog because that’s not really what we do here.

So instead, I’m going to take it easy and talk about some of the movies I’ve seen lately.


We rented Captain America this weekend and I really liked it.  Not as much as Iron Man, but more than Thor. I liked the hint of steampunk and the retro, 1940’s feel. I didn’t like the tacked-on romance they wrote in as an afterthought, but it seems most of the marvel movies have that in common. Overall, though, it was a great final lead-in to the Avengers movie coming up in May 2012. 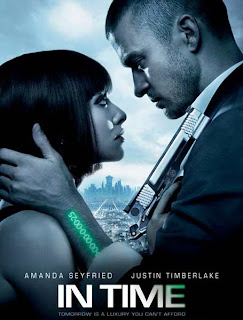 My husband and I also went to watch In Time when it came out two weeks ago. This is the one with Justin Timberlake as poor kid from the hood who finds himself gifted with time. And time is a really hot commodity since people are genetically engineered to only live until age 28—that is, unless they can manage to earn more time, doled out by the minutes and hours as a substitute for money. I thought this was a fantastic premise and it had huge potential, but the director/writers/actors, none of them really went as far with it as they could have, which was ultimately really disappointing.

Actually, now that I think about it, that’s about it. I don’t get out much. Especially during NaNoWriMo. However, I’m still hoping to see Immortals, Sherlock Holmes: Game of Shadows, and of course as the new year rolls around…The Hunger Games. OMG. Did you see the trailer!??!! If not, then check it out here!

So what have you liked on the big screen recently? For those who are writing, how has your NaNo been coming along?

J.K. Coi
Author of contemporary and paranormal romance, steampunk and horror. I love to showcase other authors and their books so give me a shout if you'd like a little screen time at jkcoi(AT)rogers(DOT)com