New! THE STAR ON THE TIP OF THE MOON, a Sensuous Sci-Fi/Apocalyptic Romance by Linda Mooney 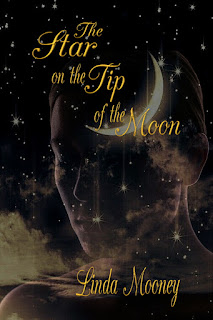 New!
THE STAR ON THE TIP OF THE MOON
Sensuous Sci-Fi/Apocalyptic Romance
by Linda Mooney
Word Count: 19.2K
$2.99 e

Astronaut Aldyn Mackie is on his return trip home after serving his stint on a small space station. During that time he and NASA have been following a nebula through space that’s on track to bypass Earth…or it was. Now it’s heading straight for the planet. Set to re-enter the atmosphere in the next hour, NASA gives Aldyn the go ahead, informing him that he should be safe as the nebula will be gone by the time he lands. After all, it’s just a cloud of ions, gases, and dust, right? What could go wrong?

When Aldyn lands it doesn’t take long to realize that something DID happen when the cloud enveloped the Earth. Something bad. The world has been wiped clean of every living thing.  Gone, as if they’d just disappeared. And he soon discovers it’s terrifying being the last man alive.

Trying to plan for a future is nearly impossible with no other humans, no animals for food or companionship, no birds or plants, or even insects. Aldyn knows he will die eventually, if he doesn’t go mad first. But when he catches a few glimpses of a woman in reflections, he begins to question his sanity. Is she real? If she is, who is she, and what is she doing here? He is desperate for human interaction, but if she doesn’t actually exist, his reality, and what’s left of his life, will be miserable at best.

Warning! Contains Chinese food, absolute silence, explosions, the good stuff, desperation, poisoning, desolation, and one man doubting his sanity when presented with a future of love.

Email ThisBlogThis!Share to TwitterShare to FacebookShare to Pinterest
Labels: aliens, apocalypse, Linda Mooney, new release, sci-fi romance, The Star on the Tip of the Moon