PG Forte:  My  current WIP is the recently re-titled (yes, again!) novella, Light Up the Night. This is a vampire/fae/werewolf crossover story that will be available December 31 as part of the Shadows and Chaos anthology (pre-order links will be going up later this week). In this excerpt, Heather (a a vampire) has been injured and Brook (daughter of a werewolf and a river nymph) has been kidnapped. The plan to rescue Brook is being discussed by three vampires and a fae:

“Okay, good,” Liz said. “We have a plan. And while you two do that, I’m gonna go and get Marc. I’m sure he’ll want to come too. We’ll meet up with you at the mansion.”

“You know that you could just call Marc, right?” Drew told her. “On the phone?” He found it ironic that, as the oldest of the three vampires, he was also the only one to consider the more obvious, technological option.

“I could,” Liz replied. “Other than the fact that I’ve apparently lost my phone. And I wouldn’t want him to try to call me back, and maybe alert the people who took Brook. Besides, wouldn’t you want to hear about something like this in person, if you were in his shoes?”

If he were Marc, he’d have wanted to be notified immediately, Drew realized, with a twinge of guilt that he hadn’t already done so. He’d want to come here, immediately, to see for himself that Heather was okay. And he would likely not trust Drew to care for her in his absence. He sighed. “When you talk to him, make sure Marc knows Heather will be safe here—for however long he’s gone. Tell him I’ll care of her in exactly the manner that I know he’d want me to. She’ll come to no further harm—he has my word on it.”

“You’ll do what?” Aiken gaped at him in surprise. “Of course, she can’t stay here. She’s been badly hurt. I’d assumed you’d already called someone to treat her—no? Well, what are you waiting for? You need to get her to a doctor as soon as possible!”

The vampires exchanged perplexed looks. “Dude,” Jason replied at last, speaking for all of them. “We’re vampires. We don’t do doctors.” 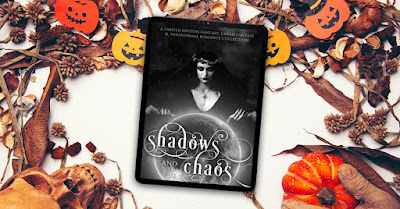