For those of you who love my Battle Lord Saga with Yulen and Atty, and have been begging for the next installment, you'll be thrilled to know that my newest series will feature their children, beginning with Lucien.

Who's Lucien? As both Yulen and Atty explain, he's the "son who should have never been". The child who was miraculously born many years after Mistelle, their only daughter.

What's more, Alta Novis and every other compound are now under a new threat. Called the Damaged, these are Mutah who were afflicted with the same deadly virus Yulen suffered in Every Battle Lord's Nightmare. And although Normals who survive the disease are unaffected afterwards, a large majority of Mutah who survive are irreparably changed - and Damaged - forever.

If you're not familiar with The Battle Lord Saga, now's your chance to start on this breath-taking journey. The Battle Lord's Lady, Book 1 of the series, is permanently priced at 99c. 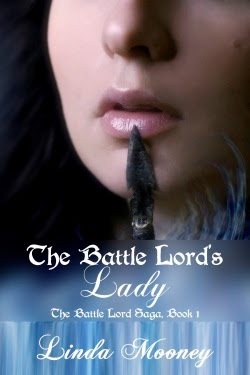 Their love would spawn a dynasty.

Three hundred years in the future, mankind still is trying to survive the Great Collision that changed the earth forever. People live in pockets of civilization called compounds, battling the elements and the mutations which have developed over the centuries, trying to live and survive day by day.

Yulen D'Jacques is the Battle Lord of Alta Novis. His duty is to keep his compound and his people safe, which means yearly sweeps of the area to remove any mutated men and animals from encroaching.

Atrilan Ferran is Mutah, a mutant warrior and huntress trained to protect and defend her home from Cleaners, the “normals” who invade the forests to slaughter everything and everyone who gets in their way.

They never anticipated the day when their hearts would collide, challenging and changing everything they thought was the truth. Leading them to the day they would have to prove their love for each other to man and mutant alike.

So be on the lookout in late January/early February for Lucien, The D'Jacques Dynasty, Book 1.