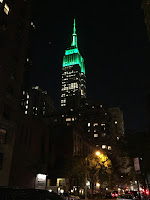 After a couple of health scares, followed by getting blasted by Hurricane Harvey, I was wanting a chance to get away. I especially needed to recharge my creative batteries.

I'd been to New York City in the past. Two years ago I spent five days there. Then last year I took the Amtrak from Philadelphia to Manhattan for a day's excursion. NYC is a fascinating place, filled with people and scenes,  and thousands of episodes of humanity this country girl from Texas had never experienced. Even after spending more than a week there (mostly to do the tourist thing and see such icons as the Empire State Building, the Statue of Liberty, and the 9-11 Memorial), there was so much more. And don't forget the boroughs! 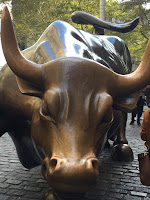 So with hubby's blessing, I jetted up to the Big Apple for another five days...and a funny thing happened. Not only did I get to see another side of this wonderful city, but I found myself taking notes for a story that would be completely different from my usual genre. It will be a romance, but it'll be contemporary. And its hero and heroine won't be the "usual" young and virile characters most romance authors write about. Mine will be middle-aged and never expecting second chances at love.

I don't have a title for this one yet, but it's already writing itself in my mind. I'm looking at an early 2018 release. 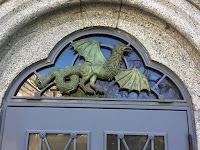 (Photos by me: Empire State Building at night, the stock market bull, and a griffin at the Belvedere castle in Central Park.) 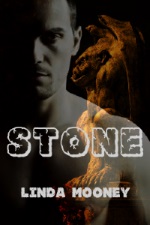 Garenth had been awakened to retrieve an ancient artifact that was crucial to his well-being. He had few memories of what his life had been like when he had been a man. What memories that were left were filled with blood and excruciating pain.

That part of him was over now. The talisman had been taken from its sacred burial place, and it had to be returned as quickly as possible. It was up to him to follow through with his mission so he could return to another thousand years of sleep.

Brielle Van De Camp knew an extraordinary find when she saw it. The small clay figure was the key to a potentially earth‑shattering revelation about a previously unknown time in man's ancestry. She would bet her life on it.

Unfortunately, others had gotten wind of the talisman, and they were equally determined to claim its promise for themselves. If Brielle wasn't willing to part with the figurine, they had no compunction about prying it from her dead fingers.

They never counted on having to face the guardian of the statuette, who turned out to be more than a creature of mythology.