NOTE: We're doing a big Halloween giveaway this week so watch this space on the 31st! Treats, no tricks!

Cosmic Catalyst by Jenny Schwartz A renegade shaman and her bounty hunter mate saved the galaxy - now they'll pay the price! The thrilling adventures of the "Shifters and Shamans" series continue in Cosmic Catalyst. Aliens, pirates, and worst of all, politicians! Beware!!! 99c for a short time only. *Read for FREE in Kindle Unlimited* 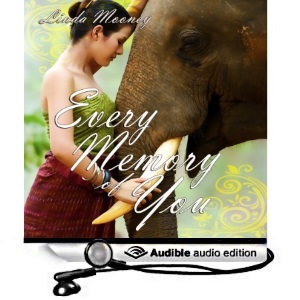 Traveling with the circus since he was twelve, the carny life was all Toby Pach knew, the only place he fit in. From strong man to clean-up crew, he had many jobs, but he spent most of his time working with the elephants, who he had more in common with than most people knew.

When Toby sees the newest act and member of the family, a dark-haired beauty named Kai, he's enamored. Could she be the one who will accept him, both sides of him?

Kai Omanpang, one half of a knife-throwing act, is tired of traveling from one Big Top to another. She's ready to settle down, ready to put down some roots, but she can't convince her father of that. Maybe this circus will be different, and they will be part of the main event after all. When she meets Tobias the Mighty, she's intrigued by the gentle giant, but he has secrets.

With an unexpected onslaught of protestors, shootings, and a string of bad luck, something's got to give. Is it the newcomers' fault? Or is it time to hang up the ringmaster hat once and for all? Circuses are a dying pastime, but the memories they incur will last a lifetime.

Warning! Contains shattered glass, vengeful head-butting, shared secrets, carving watermelons from fifteen feet away, chili and beans (and meatloaf on Tuesdays!), physical and emotional loss, and one man fighting himself to let the woman he's come to love learn his darkest secrets.

Veronica Scott brought award winning Ghost of the Nile to the weekend feature, with an excerpt. Also see her new cover for Lady of Nile, to be released this week!