TWO AGAINST THE STARS by Veronica Scott
The story:

Empathic priestess Carialle has escaped the evil Amarotu Combine, but she's hardly out of danger. Not when she risks everything to rescue a drugged man from a crooked veterans' clinic. By lulling the clinic staff to sleep, she reveals her powers. And once again, criminals are after her and her rescuer.

Marcus Valerian, a wounded Special Forces veteran, never expected to have his life threatened by the clinic that's supposed to help ex-soldiers like him. But when he wakes from a drugged state to find a lovely woman urging him to run--he does. In his family's remote fishing cabin, he suffers the agony of withdrawal, soothed only by her powers.

In their idyllic hideaway, the two also discover a nova-hot attraction flaring. But can they stay alive long enough for it to become more? Not if the Combine has anything to say--they are not giving up until Marcus is dead and Carialle is their tool.

The first six books in the series are being re-released through Entangled Publishing--with pretty new covers. These "deliciously dark" tales of undying love and vampire family values are currently on sale for .99 each. 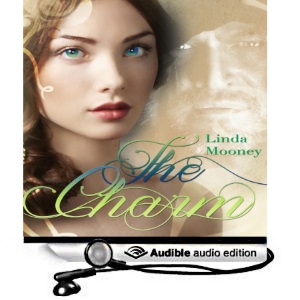 She sold herself to a dark and angry master.
He bought her, hoping she would save his world, and himself.


Tired of letting his people down time and time again, Egan Pri, costell of Unurit, has decided to do whatever it takes to save his people. A Charm is coming to town, and if he can scrape up enough money to buy her, his people could reap the benefits…but he's skeptical. Still, he'll try anything. The only rule? Keep her happy. He could do that.

Genesee ii Duuru, a magical gypsy of sorts, is ready to be sold. She feels the pull of a planet desperate for her help. The sadness, the hopelessness—it's time for her to do her part, what she was born to do. With two offers on the table, does she go with her heart, or the betterment of her tribe?

Genesee finds herself wanting to heal more than just the land and the people. But with this being her first sale, she fears she's gotten in over her head. What had started out as answering a call for help had morphed into her becoming a pawn in a political game she had no business being a part of.

Warning! Contains puffy balls of light, drought, glass weaving, near starvation, budding knives, internal conflicts, revenge years in the making, and one woman's attempt to revive one man's cold and lifeless heart with her own warmth and love.

NOTE: This is a sweet romance, but you can get the love/consummation scene IN E-Format for free by clicking this link. This scene is NOT included in the print or audio edition