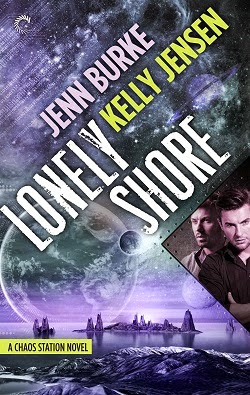 All they can do is live day to day…

Felix Ingesson has returned to his duties as the Chaos's engineer with Zander Anatolius, his ex-boyfriend-turned-broken-super-soldier, at his side. Hope means something again. But there's nothing Felix can do to battle the alien poison flowing through Zander's veins, or his imminent mental decline. With each passing day, the side effects of Zander's experimental training are becoming more difficult to ignore.

When the ruthless Agrius Cartel seeks their revenge—including an ambush and an attempt to kidnap the Chaos's crew—Zander is pushed over the edge. He can no longer hide his symptoms, nor does he want to. But hurting Felix when he's not in control of himself is Zander's worst nightmare—when it nearly happens, he agrees to seek help. Even if that means trusting the unknown.

As Zander places his life in alien hands, Felix appoints himself his lover's keeper. And though he tries to be strong, he can't ignore the fact that he might lose Zander…forever this time.

The Talon of the Hawk (Book three of The Twelve Kingdoms) 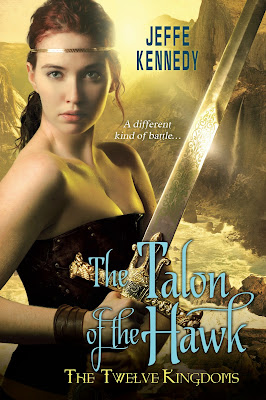 Three daughters were born to High King Uorsin, in place of the son he wanted. The youngest, lovely and sweet. The middle, pretty and subtle, with an air of magic. And the eldest, the Heir. A girl grudgingly honed to leadership, not beauty, to bear the sword and honor of the king.

Ursula’s loyalty is as ingrained as her straight warrior’s spine. She protects the peace of the Twelve Kingdoms with sweat and blood, her sisters from threats far and near. And she protects her father to prove her worth. But she never imagined her loyalty would become an open question on palace grounds. That her father would receive her with a foreign witch at one side and a hireling captain at the other—that soldiers would look on her as a woman, not as a warrior. She also never expected to decide the destiny of her sisters, of her people, of the Twelve Kingdoms and the Thirteenth. Not with her father still on the throne and war in the air. But the choice is before her. And the Heir must lead... 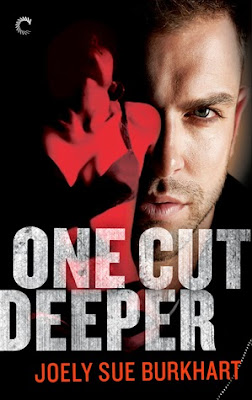 Her needs are dark. His are dangerous.

Charlie MacNiall has been bringing his beautiful king shepherd to the vet clinic where Ranay Killian works for the better part of a year. She doesn't realize he's been slowly wooing her. She certainly has no idea that he picked her deliberately--that she is to become his. A broken heart and a desperate desire to be dominated make her the perfect victim.

Charlie fixes Ranay, testing her emotional limits while pushing her sexual boundaries past anything she'd imagined possible. Pain is their shared pleasure...until Charlie disappears and Ranay is all but destroyed.

The FBI says the man she loves is a serial killer. Ranay can't deny there's a darkness in Charlie, a monstrous hunger that drives him to the brink. She even believes he could kill. But Charlie's hunger is what bonds them--it's the foundation of their love. Would he actually kill her?