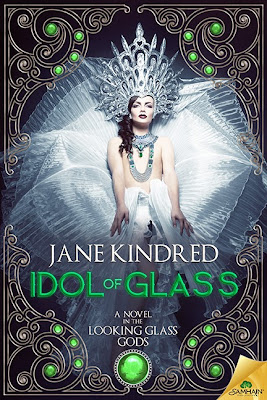 Idol of Glass, Book 3 of the Looking Glass Gods

If madness doesn't destroy her, atoning for it might.

Ra has ruined everything. Returning to life through “renaissance” was her first mistake. Magical excess was her second. Now she must face the consequences of her reckless conjuring. Her beloved is dead by her hand, and the comfort she’d found in gender-rebel Jak seems lost to her forever.

Ra takes solace in punishment—and in communion with her punisher, the mysterious and merciless MeerShiva. But Shiva has spun a skein of secrecy over centuries—secrets about Ra’s origins and the origins of the Meer themselves. And as the secrets begin to unravel, someone else’s magic is at work from the hidden realm. Someone with the ability to redraw the fabric of the world itself.

As the picture becomes clearer, Ra must face some harsh realities: not everything is about her, and punishment isn’t enough. She must stand before Jak and try to atone for what she’s done. But seeing Jak will reveal one more secret Ra never saw coming—and one that may mean her own undoing.

Available from Samhain Publishing in October 2015.

The Adventures of Cassius Flynn and Molly McGuire has a new cover. This story was previously released in serial format on the Carina Press site but will be available for free download at e-retailers next month. 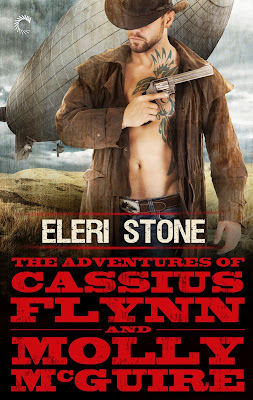 Cassius Flynn is a smuggler. An outlaw. A scoundrel. Charming, devilishly handsome in a maverick sort of way and fiendishly clever to boot. He's also the only man Molly McGuire has ever loved.

Molly'd left him a year ago. Stolen his airship, broken his heart and made him look like a damn fool. Still, he's rushed to her rescue, storming into Reaper territory to snatch her out from under the repulsive bounty hunter who brought her in.

High above the plains, up among the clouds in the most rarefied Scraper city of them all, a ruthless statesman has stolen everything Cassius considers important. And without Molly, without her quick hands, sharp mind and pretty face, he doesn't stand a chance of getting it back…

You can pre-order it here: http://www.amazon.com/Adventures-Cassius-Flynn-McGuire-Reapers-ebook/dp/B00WNP1MES 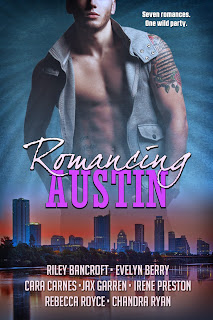 No Quitting Allowed, Rebecca Royce
One last assignment and then Lana is quitting her job, quitting Austin, and moving on with her life. Until Jake stumbles into her and changes the direction of her whole world.

Twisted, Cara Carnes
Caleb "Colt" Douglas agreed to close out Twisted Delirium's sold out world tour with a gig at SXSW for one reason--win back the woman he left behind.

Do Over, Chandra Ryan
When life offers Juliana a fresh start, will she follow her heart or play it safe?

Consortium, Riley Bancroft
Record exec Holt Michaelson married the enigmatic Chloe to keep his assets safe from a vindictive competitor, but after a fiery encounter with his new wife, he's determined to claim her as his own, body and soul.

Tall Order, Irene Preston
Dylan made the worst mistake of his life when he chose his career over Aston, but tonight he'll take a risk on Aston even if it's too late.

Enchanted, Evelyn Berry
Stripped of her magic, fairy princess Aurora is torn between her duty to her imperiled family and to a brilliant musician who holds the key to their freedom...and her heart.

One Night with the Vampire, Jax Garren
Tonight Alex will finally possess the woman he's craved, but Sofia's dangerous family secrets threaten to tear them apart.

The RT Booklovers Convention starts this week in Dallas. Our attending authors are: PG Forte, Jeffe Kennedy, Jax Garren. Have a great time everyone!