Posted by: Jenn Burke
This exercise was a lot of fun! My words were revenge, stymied, petrichor, horripilation, poof, trace.

Zed leaned back, settling his weight onto his hands as he watched the sparks of the fire dance up toward the stars. The crew of the Chaos was happily taking a break planetside, enjoying the hospitality of a pair of Elias’s colonist friends. Okay, happily might not be the right word to describe how Flick was starting at the dark forest surrounding them. The former station rat did not enjoy the outdoors. At all.

“Since we are all gathered around the fire, may I attempt something I read about on the net?” Qek’s large, unblinking eyes swept from Zed and Flick over to Nessa and Elias. “I wish to tell a ghost story.” A series of excited clicks followed Qek’s request and the little blue ashushk seemed like she was about to vibrate with excitement.

“A ghost story?” Flick didn’t sound too crazy about the idea.

“Yes. I wish to see if I can make you experience horripilation.”

“Horripilation,” Zed repeated. “It’s when the little hairs on your arms stand up because of cold or fear or—”

“How do you even know that?”

A few more excited clicks escaped before Qek calmed herself. When she spoke, her voice was smooth and low, and surprisingly well-suited to encouraging an eerie atmosphere. “The history of this colony, like many others, is not free of horror. In fact, a mass murder happened.” She nodded solemnly at the clearing near the woods. “Right over there.”

Zed wasn’t sure if Qek was making up the story or if she’d found a weird trace of something on the net that would’ve led her to such a morbid history. A glance at their colonist hosts gave nothing away.

“Arranged marriages were common in the early days of human colonies. As the story goes, this young woman did not want her dreams stymied by such a thing. She ran into the woods, losing herself in the shadows. She wandered with nothing but the smell of petrichor for company. Eventually, temper diminished, she returned—only to find her entire family murdered. Their throats were sliced from ear to ear.” Qek made a slow cutting motion just under her chin—which was more than a little chilling, coming from the friendly alien. “She sharpened a stick and set about taking her revenge against her family’s murderers. And some say…she is out there, still.”

Something rustled in the woods.

Flick jumped to his feet. “Okay, I’m done! Time to go in. Night.” He started backing toward the main house, his gaze never leaving the woods. His hands rubbed his arms absently.

Zed got to his feet as well and shot a wink at Qek. “Horripilation achieved.”

“Score one for the blue team,” she said, her face wrinkled in the ashushk version of a smile. 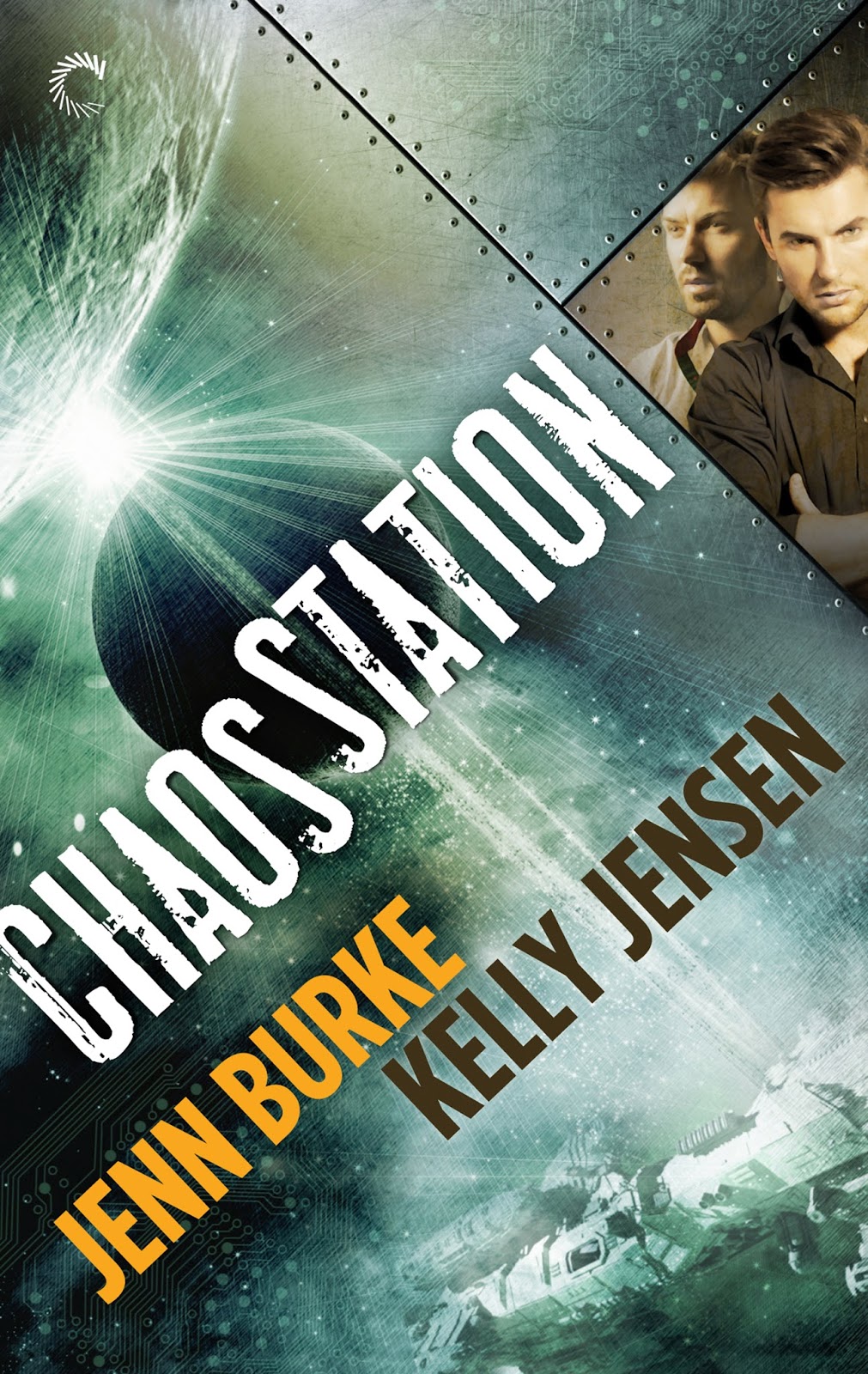 "You're not real. Felix Ingesson is dead."

The war with the alien stin is over, but Felix Ingesson has given up on seeing his lover, Zander Anatolius, ever again. Zander's military file is sealed tighter than an airlock. A former prisoner of war, Felix is attempting a much quieter life keeping his ship, the Chaos, aloft. He almost succeeds, until Zander walks on board and insists that Felix isn't real.

A retired, broken super soldier, Zander is reeling from the aftereffects of his experimental training and wants nothing more than to disappear and wait for insanity to claim him. Then he sees footage of a friend and ally—a super soldier like him—murdering an entire security squad with her bare hands and a cold, dead look in her eyes. He never expected to find Felix, the man he'd thought dead for years, on the ship he hired to track her down.

Working with Felix to rescue his teammate is a dream come true…and a nightmare. Zander has no exit strategy that will leave Felix unscathed—or his own heart unbroken.