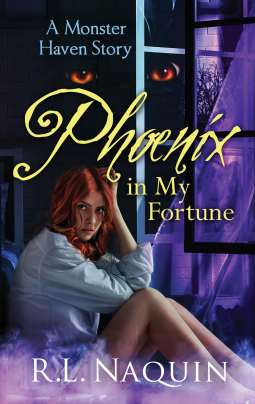 When Zoey Donovan found out monsters are real, her life changed—mostly for the better. Since then, she’s fought bad guys, saved the world a time or two and earned the love of a growing family of humans and Hidden creatures alike. But the danger that’s chased her from the beginning is finally here.

Shadow Man, aka The Last Hidden, has stepped out of the story humans wrote for him and into the real world, hell-bent on stealing children. Fiction has become reality and Shadow Man intends to break the Covenant, reclaim the Hidden, and kill all Aegises along the way…triple bad news for Zoey and her mother, the only two Aegises still alive.

Zoey will have to rescue the stolen kids and hunt down the most terrifying villain humanity has ever imagined. But how can she fight a creature only invented a few years ago? If Shadow Man triumphs, the world as she knows it will end. If Zoey succeeds in driving him out, the people she loves the most may be lost to her forever. 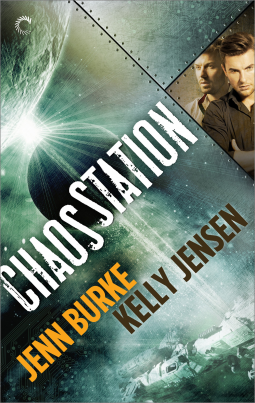 Book one of Chaos Station

"You're not real. Felix Ingesson is dead."

The war with the alien stin is over, but Felix Ingesson has given up on seeing his lover, Zander Anatolius, ever again. Zander's military file is sealed tighter than an airlock. A former prisoner of war, Felix is attempting a much quieter life keeping his ship, the Chaos, aloft. He almost succeeds, until Zander walks on board and insists that Felix isn't real.

A retired, broken super soldier, Zander is reeling from the aftereffects of his experimental training and wants nothing more than to disappear and wait for insanity to claim him. Then he sees footage of a friend and ally—a super soldier like him—murdering an entire security squad with her bare hands and a cold, dead look in her eyes. He never expected to find Felix, the man he'd thought dead for years, on the ship he hired to track her down.

Working with Felix to rescue his teammate is a dream come true…and a nightmare. Zander has no exit strategy that will leave Felix unscathed or his own heart unbroken. 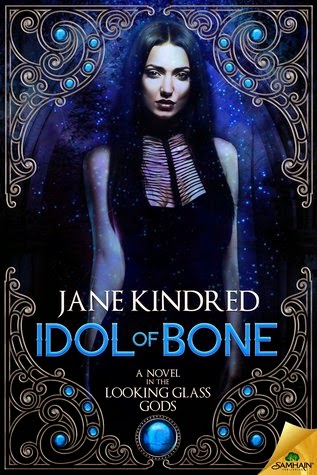 One stranger seeks to claim her heart…another is destined to destroy her.


Ra. Just two letters. Barely a breath. When she stumbles into the frozen Haethfalt highlands, her name is all she has—the last remnant of a past she’s managed to keep hidden, even from herself. Her magic, however, isn’t so easy to conceal—magic that’s the province of the Meer, an illicit race to which she can’t possibly belong.

The eccentric carpenter who takes her in provides a welcome distraction from the puzzle of herself. Though Jak refuses to identify as either male or female, the unmistakable spark of desire between them leaves Ra determined to find out what lies beneath the enigmatic exterior.

But more dangerous secrets are brewing underneath the wintry moors. Jak’s closest friend, Ahr, is haunted by his own unspeakable past. Bounty hunters seeking fugitive Meer refuse to leave him in peace.

Harboring feelings for both Ra and Ahr, Jak nonetheless struggles to keep them apart. Because like the sun and the moon coming together, their inevitable reunion has the potential to destroy Jak’s whole world.