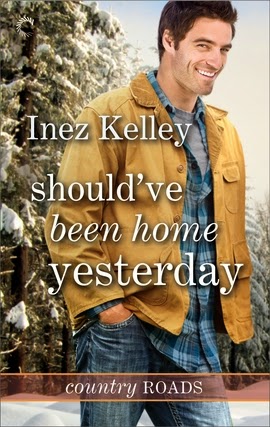 Thirteen years ago, Webb Hawkins and Clay McCreedy were best friends, more like brothers than business partners. Determined to push Hawkins Hardwood into the future, their lives were intertwined on every level. Until Webb came home and realized little Molly McCreedy had had grown up.

Stay away from my baby sister. It was the one thing Clay had asked of Webb, but it was a promise Webb couldn't keep, and his actions did more than ruin their friendship--it changed everything. Now Clay is dead, Molly is pregnant after a night of memories and alcohol, and a guilt-ridden Webb needs to put things right.

As what begins as a marriage in name only slowly grows to include the love Webb and Molly have always kept carefully buried, a series of fires erupts across Black Cherry Canyon. And an infamous eco-terrorist sets his sights on Molly--the ultimate pawn in his vendetta against Hawkins Hardwood. To save one, Webb may have to let the other go...
Get it today!

FREE READ: The Adventures of Cassius Flynn and Molly McGuire by Eleri Stone is about a pair of semi-reformed airship smugglers and their attempt to take down a corrupt politician in a world where zombie-like Reapers roam the plains of the American west. Read it for free!

COVER REVEAL:
Veronica Scott reveals the cover for her new science fiction romance, Mission to Mahjundar, which will be released August 18th. For more details and the book blurb, visit the cover reveal article at USA Today Happily Ever After!