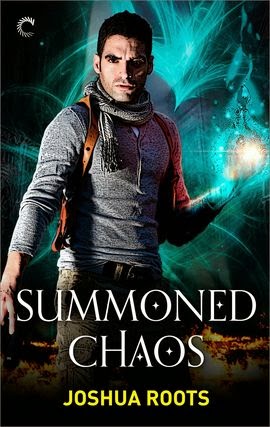 If there's one thing Warlock Marcus Shifter hates it's the Delwinn Council, the governing body of the magical community. Between the grudges many on the Council harbor because he walked away from magic, and his suspicions that someone is working to undermine a twenty-year peace with the non-magical Normals, they really don't get along.

Marcus has spent months hunting the traitor, infiltrating the Council and helping with "menial tasks" like repairing unstable rifts in the fabric of reality. But when he accidentally thwarts an assassination attempt at Delwinn HQ, the Council does the unthinkable: they appoint him the poster child for the peace movement.

Now Marcus has to not only figure out how to control his resurging powers but also navigate the potentially fatal waters of fame. Between the growing number of protestors, news-hungry paparazzi, and nightmarish beasts hounding his every move, he'll need more than a camera-ready smile to uncover the traitor and keep the peace. 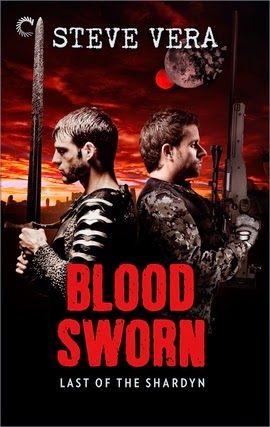 Book three of Last of the Shardyn

Veteran police chief Skip Walkins has really done it this time. After crossing realities to fight the onslaught of the Drynn, the spawn of the Underworld, he's one of only a few motley survivors of an epic massacre. By his blood, he's sworn to unite with Shardyn Knight Gavin Blackburn against the armies of Asmodeous the Pale, Lord of the Underworld and ruler of the Drynn. The two must seek resistance fighters wherever they can--even in Vambrace, among those who killed Gavin's father.

Reformed sociopath Donovan Smith has traveled to Vambrace for his own reasons--the new voice in his head claims that there he will learn how he came to be the Antimage, impervious to the deadliest magical attacks.

Donovan's secrets may hold the key to defeating the Drynn, but they may upset the delicate alliance of the Blood Sworn in the process. And if Skip and Gavin can't fight together as one, the Drynn will attain total victory over Earth and its magical twin, Theia.