Magic in the city

Posted by: Sonya
One of the things I wanted to do with the Magic Born series was explore magic from a different angle. Most books with witches as central characters cover fairly familiar territory. Wands are hand-carved from wood. Grimoires full of elaborate rituals are passed down from generation to generation. Spells are cast with herbs and other natural ingredients. Energy is drawn from natural elements like fire, earth, air, and water. If there's a Pagan flavor to the story, witches dance under the full moon at esbats and mark the turning seasons with sabbats.

But what if the story is set in the future? And witches have been stripped of basic rights and segregated into urban zones, away from the "natural" world that Normals believe helps feed magical power? And they have few texts left and the old traditions have all but died out? In a situation like that, witches would have to adapt. Some would still be more inclined to whatever natural magic they could still practice, but some might develop new magical abilities and practices that stem from urban life.

Trancehacking was the first thing I thought of. It's the ability to use astral projection to enter cyberspace. Spells interwoven with code led to magical apps. Then slightly different elements: neon and streetlights, concrete and steel, cyberspace and electricity, the emotional fabric of the city created by its citizens. Rather than calling on the old gods and goddesses, a witch in this world might call on the Madman of the Wires (Nikola Tesla) or the Enchantress of Numbers (Ada Lovelace).

In the city of New Corinth, the Magic Born live in a zone known locally as FreakTown. One of my favorite scenes in Trancehack is an esbat. It takes place on the night of a full moon, but it's inside FreakTown's notorious club, Sinsuality. A mirrorball stands in for the full moon, but the rite closely follows that of Drawing Down The Moon. For Witchlight, I wanted to show something a little different, so I started going over ideas for an urban sabbat. Turns out, I didn't have to make one up, just alter an existing event slightly.

Manhattanhenge, named by famed astrophysicist Neil deGrasse Tyson, is an event that happens four times a year in New York City. At dusk the sun will align with the city's street grid, and those streets will fill with people and their cameras out to capture the golden rays shining through the canyons created by tall buildings. If that's not a thoroughly modern, urban Pagan rite, I don't know what is. Thrilled with the pictures I found, I adapted this to the Magic Born's urban practices and need for spirituality. It made for one of my favorite scenes in Witchlight. 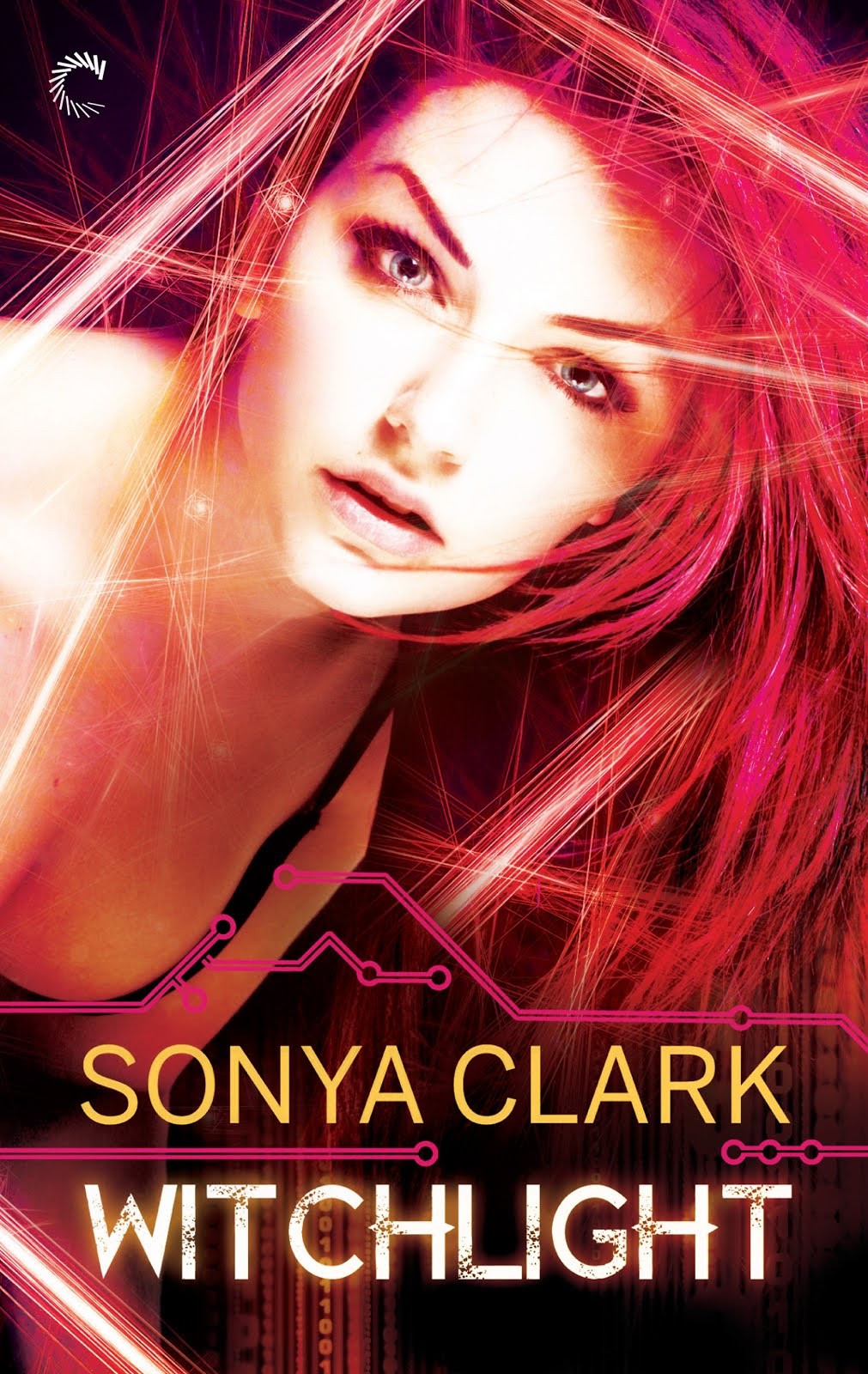 In 2066, the Magic Born are segregated in urban reservations. The laws do not protect them, or their allies.

Councilwoman Elizabeth Marsden is a powerful player in New Corinth politics, but a closely guarded secret could destroy her life—she’s a hidden Magic Born. Her family has gone to great lengths to erase all her magic-related records, until a trancehacking outlaw discovers the last remaining one…

Vadim Bazarov smuggles Magic Borns through the underground railroad and threatens to reveal Elizabeth’s secret unless she helps him access blank ID cards. Elizabeth wants to hate him for having a stranglehold on her life, but can’t help being attracted to someone so sure of who and what he is.

Vadim initially sees her as a political ice queen, but is intrigued by her suppressed magical abilities. He trains Elizabeth to use her magic, and before long finds himself falling for her. But their newfound love may be shortlived; an anti-magic ordinance forces one of them to make a choice that will change both their lives for good.

Trancehack is on sale for .99 through July 19. Get it at Carina Press, Amazon, Barnes & Noble, and other online retailers.