Tuesday March 2, 2021:  Author Nicole Luiken shares FIVE THINGS about two of her books, the upcoming By Glamour Deceived and her new release, Feral. 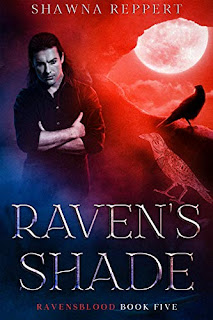 Raven's Shade
Ravensblood, Book 5
Paranormal/Urban Fantasy
by Shawna Reppert
240 pages
$0.99
A simple favor for a friend becomes a deadly challenge as Raven faces the highest stakes of his life.
A young man stands accused of committing a horrible crime using forbidden dark magic.
When reformed dark mage Corwyn Ravenscroft heads to the small, rural town of Devil's Crossing to launch an unofficial investigation, he soon discovers the simple case is more complex--and more dangerous--than he expected.
Far from home, Raven is out of his element and out of his area of expertise, but that's the least of his worries as more deaths pile up and a mysterious ancient force returns to threaten all life on earth.
To stop it, Raven might have to sacrifice more than his life.
https://www.amazon.com/Ravens-Shade-Ravensblood-Book-5-ebook/dp/B08VFZXY65 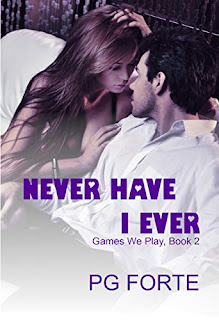 Never Have I Ever
Games We Play, Book 2
Erotic/Paranormal Romance
By PG Forte
100 pages
$0.99
Kristy loves Luke but if anything was clear to her back when they were kids it was that gawky, awkward, tomboys didn't stand a chance with the king of the schoolyard. She watched her older brothers set their caps for Luke's glamorous cousins and get shot down. So she did what she had to in order to salvage her friendship with Luke. She hid her true feelings and her need for him to take control.
Luke wants Kristy in the worst way—actually, in all the worst ways: tied up, held down, beaten, bitten, whipped. But he knows he has no chance of ever having her. They'd been childhood friends and sweethearts, until she friend-zoned him in the fifth grade. He knows he can either keep her as a friend or take her to bed and lose her forever. His biggest mistake—so far—was in hiring her to work alongside him in the bar he and his cousins inherited from their grandmother. He knows Kristy needs the money and the job, but Luke's self-control can't take the constant contact with the girl he wants to dominate—both in and out of the bedroom. Something has to give–and soon!
Excerpt
https://www.amazon.com/gp/product/B08WKQNM1F 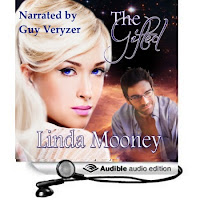 One man's love stood between her powers and Earth's annihilation.

After being banished from her own world because her people deeply feared the scope of her powers, an anomaly shoots Sah'Reena toward Earth and the one man in the universe meant to be her mate.

No one, least of all Dr. Robin Dickenson, expected what they discovered when they opened the alien craft captured by the space shuttle Liberty while on a routine space mission. But from the moment he first sees the star girl, Robin is captivated.

Near death, and never expecting to see anything again beyond the endless void of space, Sah'Reena isn't certain, at first, that her mind isn't playing tricks on her.  But the handsome face of the stranger she sees gives her hope for life when she'd thought all hope was gone. 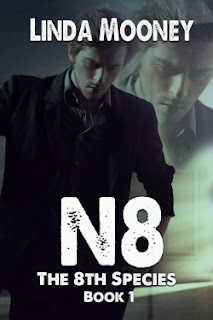 Born with special abilities, N8 and the rest of “the children” have lived underground their entire lives, where they’ve been led to believe there was a nuclear war that left the Earth’s surface uninhabitable. The scientists chose what information they were given, what TV shows and movies they could watch, as well as what they were allowed to eat. It was only a matter of time before he and the others started questioning their very existence.

They've endured brutal experiments and testing since birth, but to what end? When will it stop? They realize it won’t, unless they do something about it.

Cydney Huddleston works for corporation, but she can’t stand how the company is treating “the children.” N8 and the others know nothing of real life outside of the underground labs they’re forced to live in, or the lies they’ve been fed. When she’s ordered to seduce N8, she makes a decision that will ruin her career, and possibly cost her her life, but it’s worth it to free the innocent ones who have never breathed fresh air, seen the stars, or even felt love.

Out of thousands of attempts to create an 8th Species, only six survived, and they must stick together. The question is, who can they trust with their secrets?

Because the truth has the power to set them free. Literally.