There’s a meme going around twitter: post five things about your novel. My current Work In Progress is By Glamour Deceived, a paranormal romance. So here goes. It has:

--a video game designer, who can twist story elements with her magic

--a spell to find True Love

--a Troll and an Elf, who were born one half-blood being, but were split in two as a child

--and an Evil Queen (did it even have to be said?)

Just for fun, I’m going to do Five Things from my latest release as well. Feral is a YA paranormal. 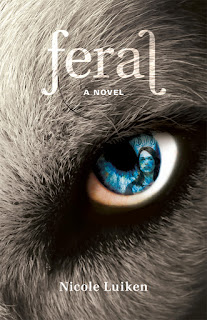 --A girl Alpha and a boy Beta

--a character from Slavic folklore

--a small town near a large forest in northern Canada

Anyone else want to play? Post your five things in the comments.