Monday, July 1 -
"HERE BE NEWS" - All the latest from the gang at Here Be Magic.

Saturday, July 6 -
This week's Bring It Back(list) feature is “THE CHARM”, a Sweet Sci-Fi, Fantasy Romance by Linda Mooney.  Plus, you can get the ebook for just 99 cents this month! Scroll below for all the details. 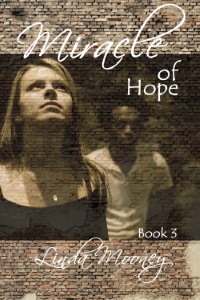 The trilogy is complete!

My name is Casi Clarity and I draw demons to me like flies to honey. They want me dead. Again. If only to see if I am resurrected a second time, and how. All I want to know is why me?

The road to Texas has been a hard one. I’ve seen some ghosts from my past that I thought were long gone, but learning secrets that were kept from me could explain why I was chosen.

I know it’s already been written. Coheed knows, Gilly knows, but apparently I have to figure it out on my own.

According to Coheed, though, what’s not written is exactly where, when, or who will triumph, but I know everything happens for a reason. I was resurrected for a reason. Coheed was sent to me for a reason. I just have to trust in God’s plan, and I do. I also know that if I die this time, I probably won’t be allowed another chance.

It’s time for the final showdown. I don’t know if I will survive, or if any of us will. But it’s God’s will, and we must fight regardless of the outcome.

My name is Casi.

The undead call me their angel mouse.

Warning! Contains semi-trailer trucks, a gold medallion, sleet, discovery of a long-preserved secret, ice cream, answered questions, and a final farewell that evolves into a happy forever after for all eternity. 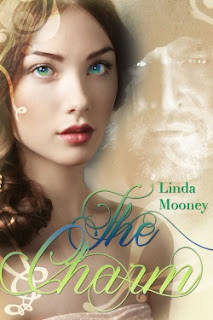 THE CHARM
a Sweet Sci-Fi, Fantasy Romance
by Linda Mooney

From July 1-31st, you can get the ebook for just 99 cents!  Learn more by clicking the link below.

She sold herself to a dark and angry master. He bought her, hoping she would save his world, and himself.

Tired of letting his people down time and time again, Egan Pri, costell of Unurit, has decided to do whatever it takes to save his people. A Charm is coming to town, and if he can scrape up enough money to buy her, his people could reap the benefits…but he's skeptical. Still, he'll try anything. The only rule? Keep her happy. He could do that.

Genesee ii Duuru, a magical gypsy of sorts, is ready to be sold. She feels the pull of a planet desperate for her help. The sadness, the hopelessness—it's time for her to do her part, what she was born to do. With two offers on the table, does she go with her heart, or the betterment of her tribe?

Genesee finds herself wanting to heal more than just the land and the people. But with this being her first sale, she fears she's gotten in over her head. What had started out as answering a call for help had morphed into her becoming a pawn in a political game she had no business being a part of.

Warning! Contains puffy balls of light, drought, glass weaving, near starvation, budding knives, internal conflicts, revenge years in the making, and one woman's attempt to revive one man's cold and lifeless heart with her own warmth and love.


*NOTE: This is a sweet romance, but you can get the love/consummation scene for free by clicking the button below. This scene is NOT included in the print or audio editions.