Monday, January 14 -
"HERE BE NEWS" - All the latest from the authors at Here Be Magic.

Tuesday, January 15 -
"WHAT IF? One Writer's Love Affair with Cryptids" - Author Dani Harper reveals some of the things that influence her creativity, and particularly the driving question that fires her imagination 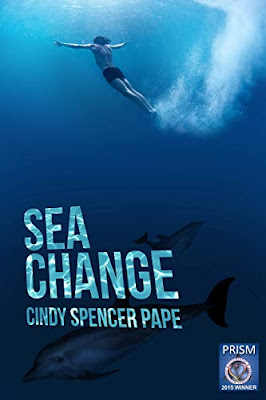 Heidi’s day started out well enough, studying dolphins with best friend and research partner, but things took a turn when they got caught in the middle of a drug exchange. Her friend is missing, probably dead, and Heidi was shot at and left to die, too.

Then the hottest boat bum she’s ever seen rescues her. Tall, dark and handsome, Jake is every girl’s dream. Still, the last thing on her mind is romance. The drug dealers figured out pretty quick she wasn’t dead. Now, they want to finish the job, and her mysterious, drop-dead gorgeous rescuer might not be able to save her—or himself.

Jake’s got a fishy secret of his own—complete with fins. He’s exiled from his colony and cursed to shapeshift with the moon. As a merman, Jake can’t afford to be around humans, especially a marine biologist who might discover his species. But he can’t throw Heidi to the men after her. He’ll fight drug lords, pirates and even the gods to protect her. Piece of cake, right? It’s easier than the other problem, the biggest problem of all: the massive attraction growing between Jake and Heidi, an attraction neither can deny.

A centuries-old merman and an air-breathing, very human scientist might fall in love, but where would they live? And can that love even survive?