All the latest
from the authors at
Here Be Magic

Monday, December 10 -
"HERE BE NEWS" - All the latest from the authors at Here Be Magic.

Tuesday, December 11 -
"WHAT TO BUY THIS HOLIDAY FOR THE BOOK LOVER ON YOUR LIST" - Author Ruth A. Casie comes to the rescue of gift-givers with over 40 timely suggestions!

Wednesday, December 12 -
"MY FAVORITE BOOKS OF 2018" - Author Nicole Luiken has read 267 stories so far this year! Today she shares her Top Picks on HERE BE MAGIC.

Friday, December 14 -
"HOLIDAY MEMORIES" - The Here Be Magic gang are sharing some of their favorite memories of holidays past, and invite you to share yours in the comments! Plus, we've followed up with a list of holiday-themed stories written by some of our fantasy authors. Enjoy! 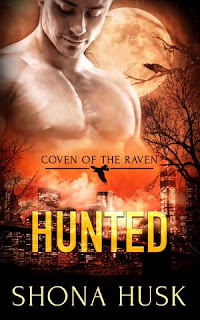 HUNTED
Coven of the Raven, Book 2
by Shona Husk

People coming to the Uncommon Raven Agency for protection, are at the end of the line.
Noah Kelly takes the cases no other bodyguard will, the ones where demons are hunting the victim. Trouble is, he’s never managed to stop a demon from killing. Not even to save the girlfriend whose murder he was acquitted of four years ago. Since then he’s been determinedly single as he tries to find a way to stop demons and ease his guilt.
Rachel Jarrett knew she was in trouble when the divorce lawyer she’d been dealing with is found dead—his limbs torn off. She runs, desperate to flee her husband, and finds herself at the Uncommon Raven Agency in the hands of a man with his own secrets. When she tells Noah what she’s seen he doesn’t laugh. He talks about possession.
For Noah, falling into bed with a client was always going to be bad news, but when her ex is a demon it could be fatal.

Our authors often take part in hosted giveaways and events, or sponsor their own.
Here's the latest!
... 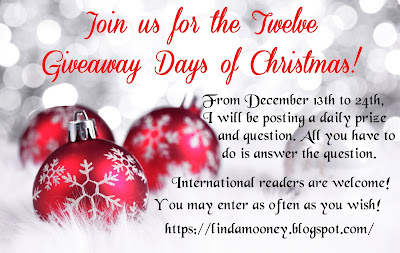 
Book 1 STORM WARRIOR is now $1.99
plus just 99¢ each for
STORM BOUND, STORM WARNED,
and STORM CROSSED 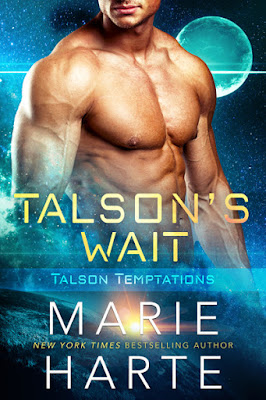 TALSON'S WAIT is FREE for a limited time!

Domineering, dangerous and downright huge, Roarke Talson owns Jamie Kendrik for the next three years. It’s 2139, and the government has found a way to deal with the national debt—indentured service. She might have been duped into debt, but she’s not stupid. Jamie made sure to put a no-sex clause in her contract. There’s just one problem. She can’t stop thinking about her boss.
When Jamie does the wrong thing for the right reason, she assumes Talson will throw her in jail and not think twice. In an effort to escape, she ambushes him and flees. She hadn’t counted on him getting free so quickly, that he might be half alien, or that he’d hunt her down with more than vengeance on his mind.