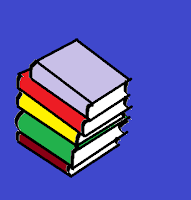 These are my favourites of what I personally read this year. Since my hardcover budget is limited, many of the titles were not first published this year.

1/ Demon Cycle by Peter V. Brett.
I read The Warded Man last December and promptly glommed the rest of the series in early 2018, waited impatiently for the paperback release of The Core in July then had the pleasure of meeting the author at When Words Collide a week later. I love the inherent peril of this world where demons rise every night and how ordinary people fight back and become extraordinary.
2/ Elemental Assassin by Jennifer Estep
I read Spider’s Bite after attending some of Ms. Estep’s panels at last year’s When Words Collide conference. I’ve been acquiring the rest of the series a book or two at a time for most of 2018 and am now up to book 13. I really enjoy the combination of magic and high action.
3/ A Charm of Magpies by K.J. Charles
I zipped through this trilogy after hearing about the series on tor.com Magic plus historical romance, equals two of my favourite things. Also, the pacing was terrific.
4/ Clocktaur War by T. Kingfisher
The excellent first chapter of the Clockwork Boys had me one-clicking on this duology. Fantasy with humour: a motley crew of thieves, a paladin and a monk try to stop a war.

1/ Murderbot Diaries by Martha Wells
I read All Systems Red last year and loved it. Since the rest of the series wasn’t yet out I then glommed all her Raksura books. This year I reread All Systems Red, then pounced on the next three Murderbot novellas the day they released. I love the contrast between Murderbot’s need to protect humans, even when their stupidity makes Murderbot grouchy, and Murderbot’s social anxiety.
2/ Lady Astronaut by Mary Robinette Kowal
Book one The Calculating Stars starts off with a bang: a meteor crash-lands on Earth and kicks off an ecological disaster. The novel then proceeds as an alternate-history 1950s space race. I had great sympathy for the heroine and the obstacles she faced to achieve her dream.

1/ Spinning Silver by Naomi Novik
Just as good as Uprooted. A lovely reimagining of two fairy tales. Try it.
2/ Magic Triumphs by Ilona Andrews
Conclusion to the excellent Kate Daniels series. All the usual things I love: great dialogue, strong characters, magic and action, plus Kate and Curran’s adorable child Conlan. And if you’re sad about the ending of the series, let me direct you to Magic and Iron (book one of the Iron Covenant - Hugh’s story) and Burn for Me (book one of Hidden Legacy).
3/ Six Wakes by Mur Lafferty
This is the first book I’ve read by this author. It came to my attention as a Hugo finalist. The first chapter utterly hooked me: six clones on a generation-ship waking to find their previous incarnations murdered, with no memory of the last few weeks. Lots of secrets.
4/ Putting the Fun in Funeral by Diana Pharaoh Francis
I actually dislike the title, but the book has all the wonderful things I’ve come to expect from Diana Pharaoh Francis: a strong heroine, and magic and action in equal measures to a steamy romance.

1/ Six of Crows by Leigh Bardugo
The book has a slightly slow start (though titled chapter one, it’s really a prologue), but once I met Inej and Kaz I was hooked and the rest of the motley crew for this magical heist novel were equally interesting. The world-building is strong, and the entire second half of the novel was full of nail-biting tension.
2/ Dread Nation by Justina Ireland
I adore the premise of this alternate-history novel: the zombie apocalypse happened during the U.S. Civil War. The main character’s voice was great, the plot harrowing, and the theme thoughtfully presented.

This year I read:
267 books /novellas (so far), roughly half of which were published in 2018.
211 of these have at least an element of SF or fantasy, of the remaining 7 were Non-fiction , 7 were Mainstream Children’s, 6 were Mystery/Thriller, 3 were Historical Mystery, 6 were Romantic Suspense, 24 were Historical Romance, plus 1 Contemporary Romance
30 were Young Adult/Teen, 8 were Middle Grade
72 were written by men,  194 were written by women, 1 Non-binary
27 by POC, 22 by LGBQ
Note: There are some authors of whom I know only their names and may have inadvertently put in the wrong category. Nor are the numbers as balanced as I would like. Recommendations welcome! What are your favourites from this year?